a) Catalyst for exploring Deacon Blue connection
Someone in a forum asked people to post photos of the Deacon. October 5th October2012,  I began to think about posting a photograph of the band Deacon Blue and apologise later for getting the wrong Deacon. By the 7th, I started to think about the fact that the Deacon in Prometheus was blue in colour.
b)  Deacon Blue, Deacon Blues and Steely Dan
The band Deacon Blue, a Scottish pop band formed in Glasgow during 1985 took its name from the 1977 song "Deacon Blues" by Steely Dan. In the lyrics of this song are the lines "They call Alabama the Crimson Tide, Call me Deacon Blues" where they're just the names of college football teams and the Deacons were the losers. Meanwhile Steely Dan take their name from the strap-on rubber dildo mentioned in William Burroughs fictional novel Naked Lunch.
Donald Fagen told Rolling Stone magazine: "Walter and I had been working on that song at a house in Malibu. I played him that line, and he said, 'You mean it's like, 'They call these cracker a--holes this grandiose name like the Crimson Tide, and I'm this loser, so they call me this other grandiose name, Deacon Blues?' and I said 'Yeah!' He said, 'Cool, let's finish it.'" (source: wikipedia) 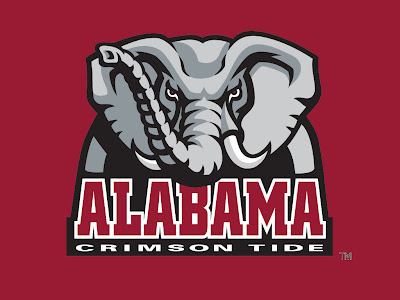 c)  Crimson Tide
If this creature was the "Deacon Blues", Rick McG asked then "who is the crimson tide?" It also happens that Tony Scott, the brother of Ridley Scott had made a movie released in 1995 called The Crimson Tide starring Denzel Washington and Gene Hackman, where  "On a US nuclear missile sub, a young first officer stages a mutiny to prevent his trigger happy captain from launching his missiles before confirming his orders to do so."
The Nuclear submarine of course is named the USS Alabama. 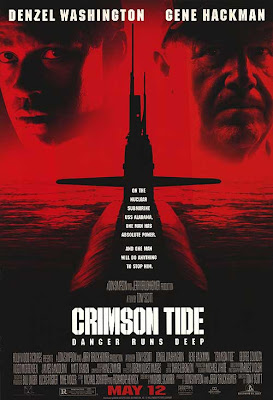