Ganesh with a breathing pipe trunk


Prometheus: Echoes
a) In the TV series Ancient Aliens presented by Giorgiou Tsoukalis, a man who is one of the many fans of Alien, Aliens,  Prometheus and indeed HR Giger.

A question asked is whether the Hindu god Ganesh was an extra-terrestrial visitor wearing breathing apparatus that might have been mistaken for an elephant's head and trunk.

The space jockey was sometimes described as having a head like an elephant.

The comic books made this even more so by having the breathing pipe attached to it's nose area look like an elephant trunk.

The skull was roughly elephantine perhaps. 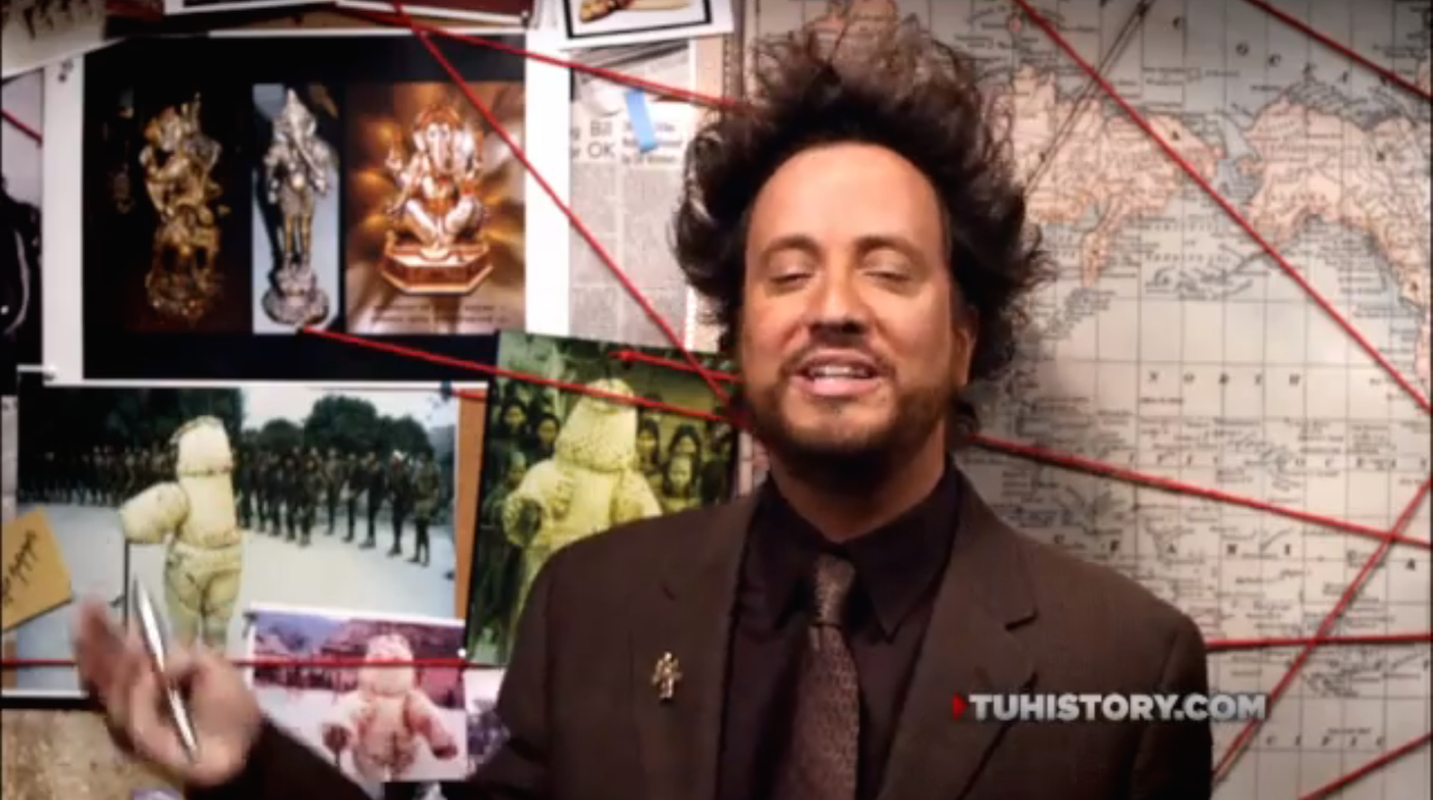 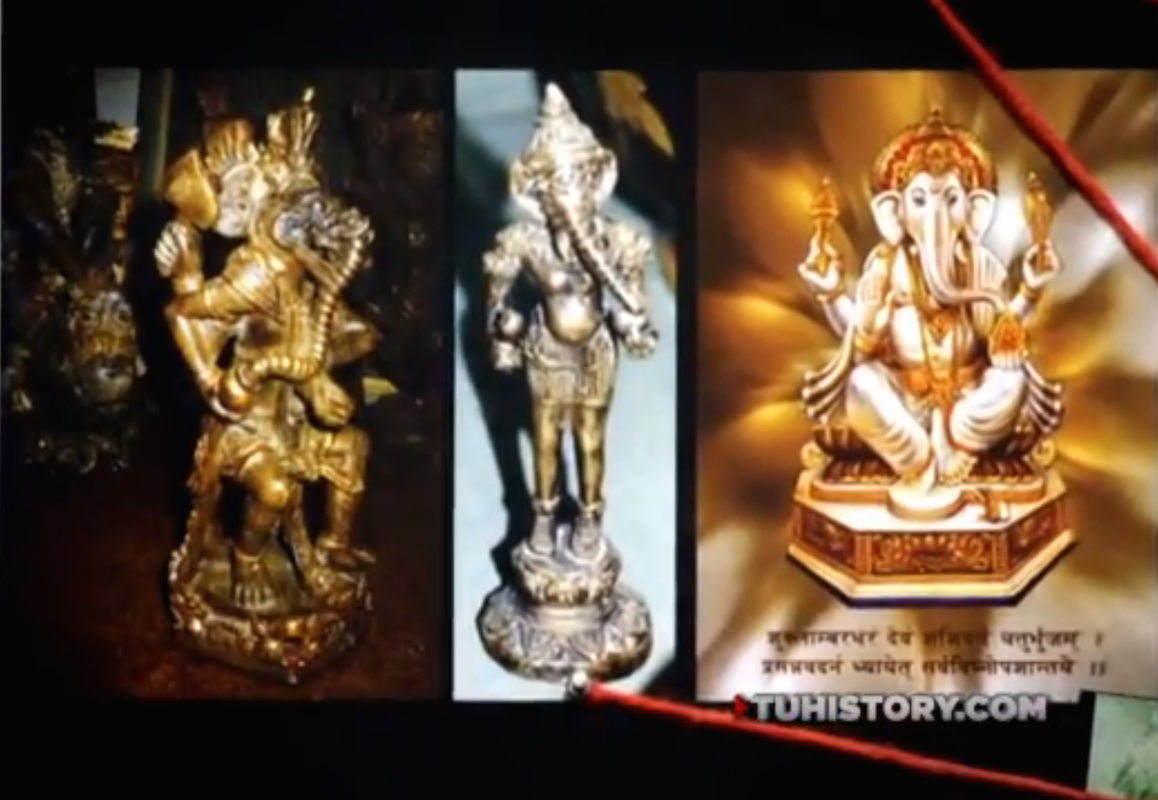 The Engineer's suits in Prometheus supposed to be the same as the space jockey's from Alien where humans with helmets roughly like the head of the space jockey but were made more like an elephantine due to different aesthetic choices. 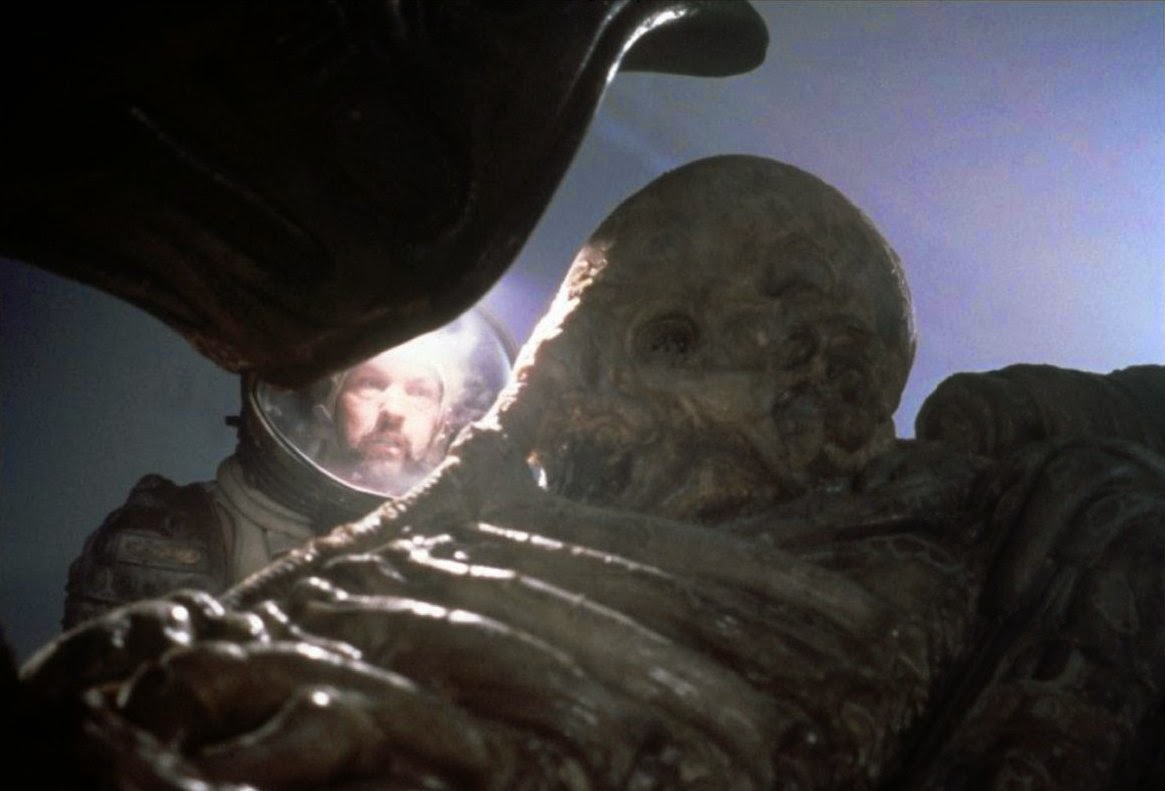 c) However in a preview for Ancient Aliens, a statue was shown depicting a Ganesh with segmented breathing pipe in place of a trunk, ending in a bowl in such way that it resembled a breathing filter.

The thing was presented as a genuine ancient relic, whether it actually was or wasn't.