Prometheus : Traces of
"The Adventures of Tintin and the Flight 714"?

Leading from
Prometheus: Development by way of Tintin
and
Hergé 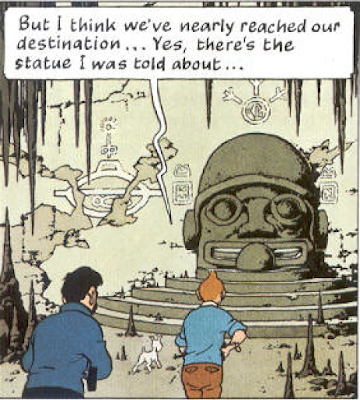 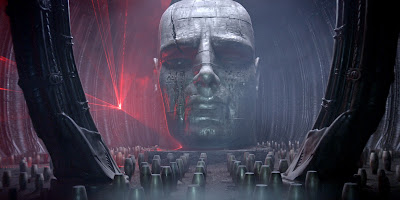 a) 3rd November 2016: (Although I would soon realise that someone beat me to this by a month, I've been looking for a possible Tintin/Prometheus connection. Suddenly reading "Tintin and the Flight 714" the day before in a bookshop and noticed that there was a bit of a Von Daniken part to the plot, along with a large head statue too. 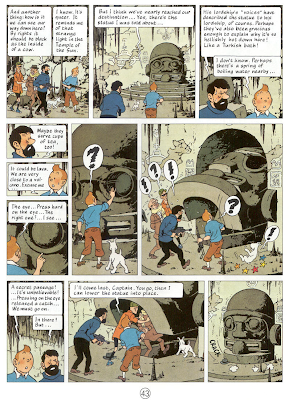 b) Does that mean the reason that the holograms of the Engineers appeared to be going into the ampule room was that there was that the head lifted up and there was an escape tunnel beneath it. And does this mean that Idris Elba's Captain Janek was actually Captain Haddock? I suppose that means Elizabeth Shaw was Tintin but David the android had the hair. 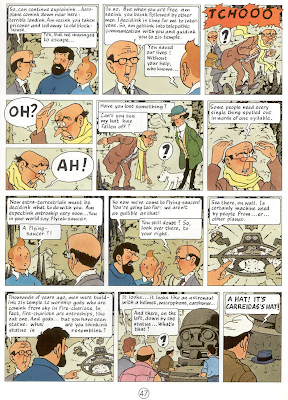 d) Wikipedia:  "Hergé commented that with Flight 714, he wanted a "return to Adventure with a capital A... without really returning there."

He sought to provide answers to two questions: "Are there other inhabited planets? And are there 'insiders' who know it?"

Hergé had a longstanding interest in paranormal phenomena, and believed that a story with such elements would appeal to the growing interest in the subject.

He was particularly influenced by Robert Charroux's Le Livre des Secrets Trahis ("The Book of Betrayed Secrets"), which expounded the idea that extraterrestrials had influenced humanity during prehistory.

The character of Mik Kanrokitoff was based on Jacques Bergier." (https://en.wikipedia.org/wiki/Flight_714) 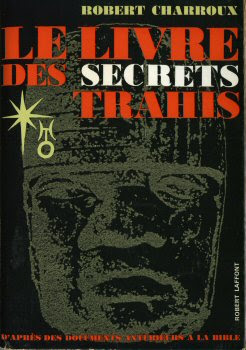