a) Gillis and Woodruff were given the task of creating the vicious creature that would become a stereotypical grey in X-Files Fight for the future and the creatures final transformation into the grey would occur in the X-Files Season Six, episode 1 that would carry on the story that took place.

b) Dan O'Bannon came up with the idea that a victim would be implanted with a foetus and it would be used as a host for this thing. The creature, known as the chestburster is the Alien's second stage, and it simply runs about eating, mindlessly carnivorous. It's tremendously hungry and needs to reproduce. But at this stage, the creature is still controlled and nurtured by adult aliens. It then grows to maturity with incredible speed, until the chestburster begins losing appendages and becomes more and more harmless. Finally, its bloodlust gone, the Alien becomes a mild, intelligent creature, capable of art and architecture, which lives a full , scholarly life of 200 years.  In the movie, the chestburster's transformation to the near human sized alien is implied by the discovery of the chestburster's skin

c) Gillis and Woodruff went ahead and basically used to this general concept to further the idea of the alien grey's life cycle without mentioning the source of the ideas and those who would have known enough about Alien would have wondered what's going on here.

d) A human becomes infected, he dies and the creature draining the body of all it's proteins etcetera bursts out through the victims chest. 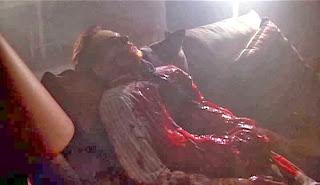 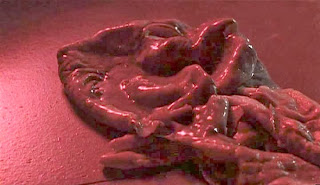 The wild alien creature in the nuclear reactor pool begins to shed its skin to finally become an adult grey. 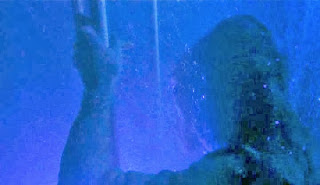 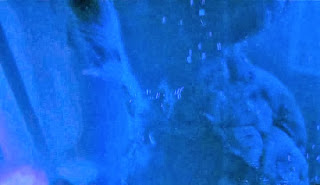 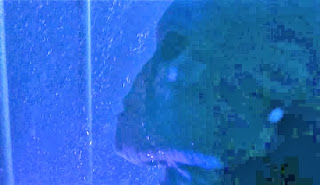 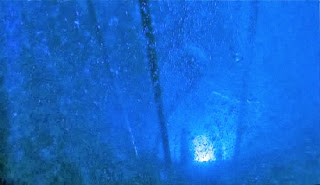 Shedding the skin on its fingers 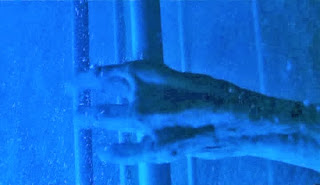 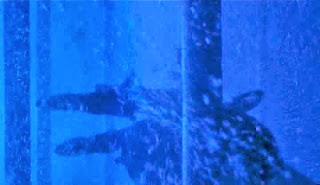 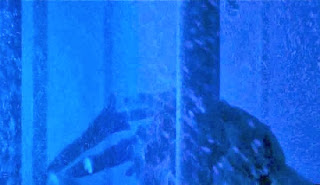 The creature sheds the skin of its face finally revealing the face of the new adult grey within. We never got to see the adult version of the alien creature as Dan O'Bannon might have imagined it. 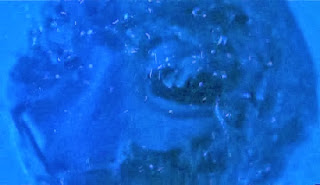 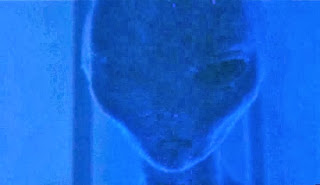