Paul Klee's Carnival In The Mountains

leading from
"The Treasures of Satan" trail through the 1920s 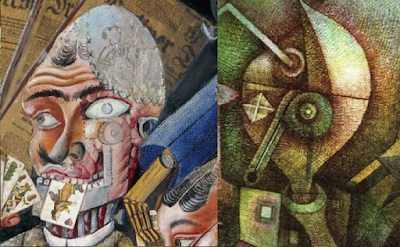 a.ii) Two heads, one from Krap Players and the other from Carnival In The Mountains 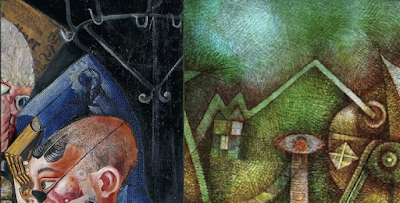 a.iii) Angular forms from krap players and carnival in the mountains. The arm going over the head with raised elbow aligned with the coat stand frame becomes angular white line entering the forehead of the strange robot like head, and the curling lower hooks on the coat stand become the smaller angular forms, reflected. 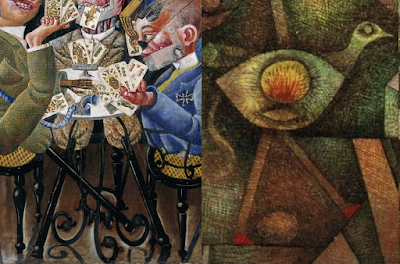