a)  It starts to echo away with the feeling of something recognisable. On July 28th 2017I suddenly think about the possibility of it one of the usual suspects in terms of compositions with a lot of perspective in it, and come to think about Master Francke's piece. 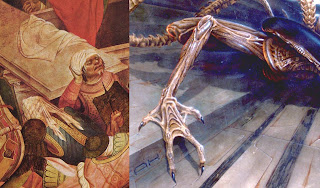 b) Left side comparisons 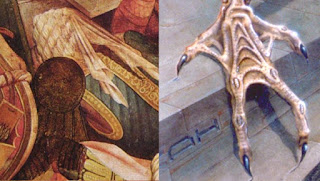 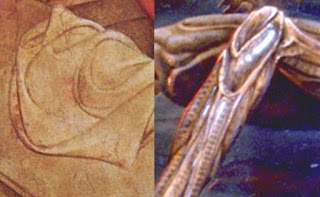 e) The shoulder. (However the piece of material that I've compared to the elbow could easily have become the shoulder as well.) 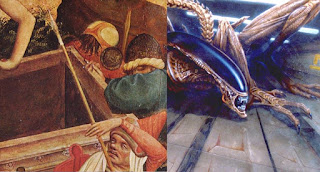 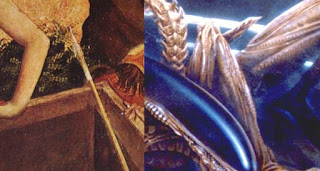 h) This area with the spear and other shapes becomes the Alien's arm and hand on the right.

i) In a general way, Jesus' shoulders and halo become the upper part of the tail, while tree becomes the end of the tail with the divide in two tailed flag becoming the pointed tip of the tail.