c) Central head with broken watch covered in ants with crack down the centre beneath, next to central creature in Giger's painting. A stretched watch running down the side of the face with the aircraft in the centre becomes an arm. The aircraft nose and engines become the vertical row of three fingers. 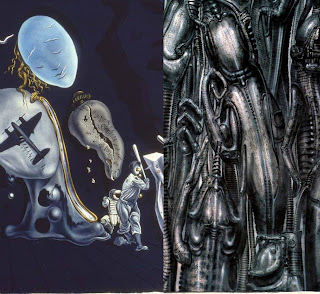 d) Teeth from the mouth of a biomorph become highlighted pipe segments on a creature in a similar place in Giger's painting.

e) Aircraft with nose and engines that are referenced in the three fingers which also reference the hand on the left in the Dracula photo. 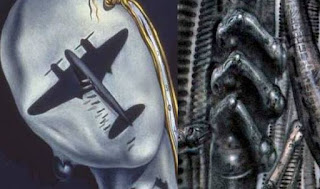 f) Floating yellow item becomes an eye like form of an elephantine head. 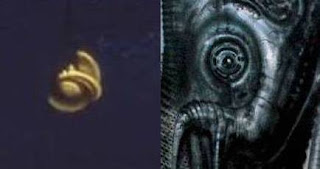