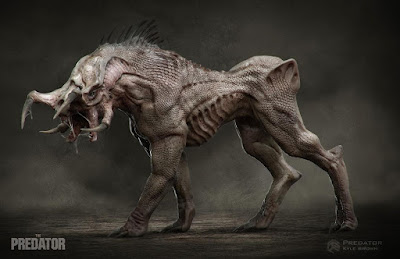 The ribcage is exaggerated near enough in a biomechanical way and there is some side ribbing along the head, but in a limited way, one could put it down to influence from Giger 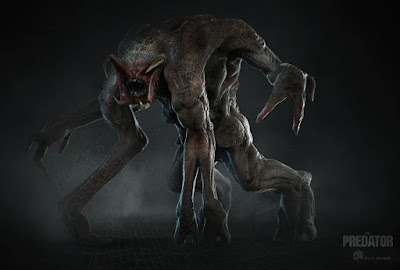 Done for Shane Black's The Predator. Perhaps the last pieces of art that Kyle Brown worked on, this is part of the Predator's menagerie of hybrid creatures.

It resembled a mutation that had gone wrong and so it's body appeared in Kyle's mind to have an asymmetrical quality to its designs.

One Mr Jeff D Butler-Garnham on Facebook had decided that it resembled the Cooper alien from JJ Abram's Super 8 movie, which I knew was designed by Neville Page.