Alien: Evolution of Space Jockey ridleygram and publicity image with James Burke for The Burke Special in The Radio Times, (19th July 1973)??

leading from
Alien: Storyboard showing the sideview of the Space Jockey 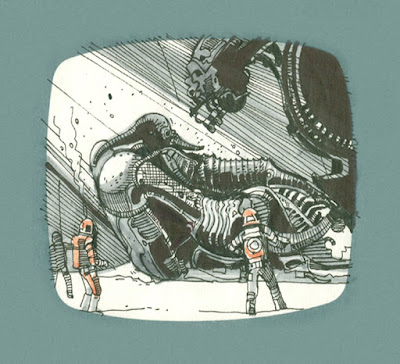 a) References publicity image with James Burke for The Burke Special in The Radio Times, (19th July 1973)? He has been a well respected major TV celebrity at the time in England. 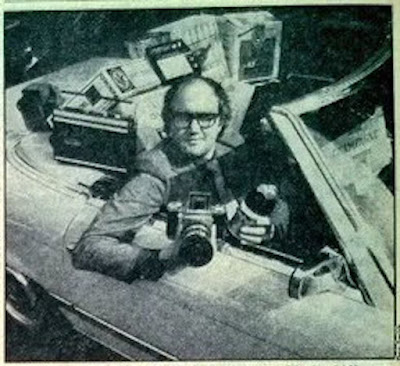 c) The camera with lens becomes the astronaut seen from the rear. 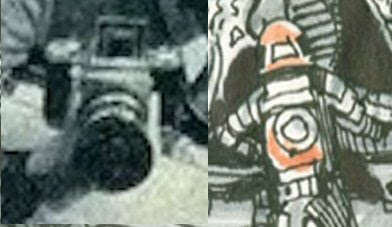 d) A black square on the side of a box becomes the space jockey's eye.

The hood behind the back seat becomes the buttocks 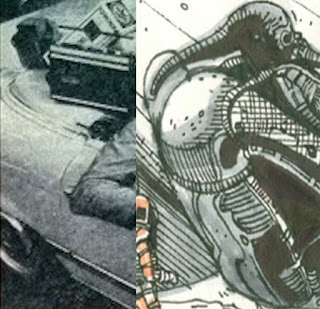 e) Area corresponding to the telescope. 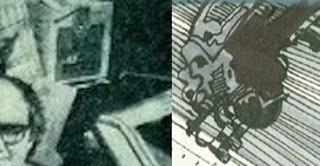 f) A thermos flask or camera lens (?) stretches to become the horn like protrusion at the front of the chair 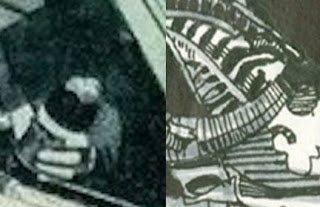 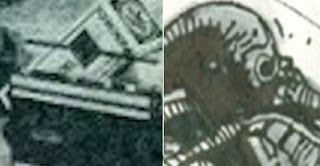 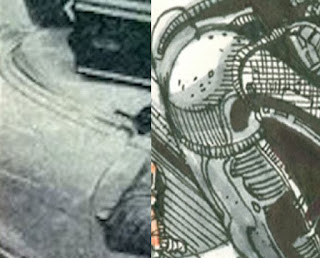