Alien: Early Ridleygram showing the sideview of the Space Jockey (1978) by Ridley Scott for Alien 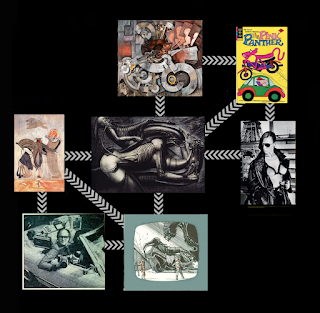 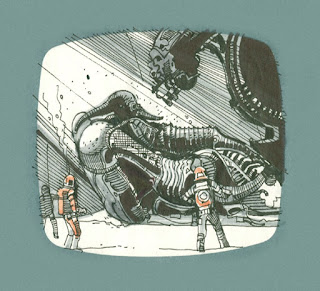 a) The Space Jockey appears to have a body like a butterfly cocoon and a head like a seventeenth century plague doctor's mask.

He sits of a chair that resembles a human form on all fours with raised buttocks as the top of the back rest of the chair, perhaps there's an echo of Stanley Kubrick's Clockwork orange that featured tables in the form of naked women, but we know that Ridley took HR Giger's Necronom V as a starting point.


b) See: Evolution of the Space Jockey via Giger's Necronomicon

Giger's Necronom I believe references both Frantisek Kupka's L'Acier Travaille , Rothko's Gesthemane and the Pink Panther cover, along with numerous other compositions and items
but their relationship is covered below 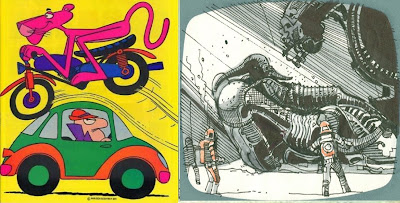 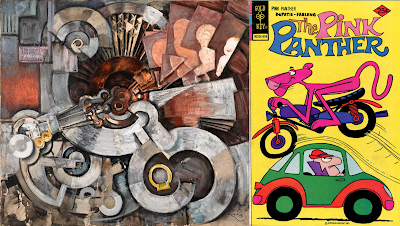 e) Evolution of the space jockey via Rothko's Gesthemane, and publicity image with James Burke for The Burke Special in The Radio Times, (19th July 1973)? 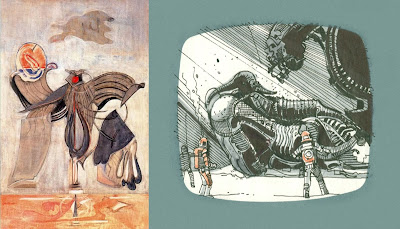 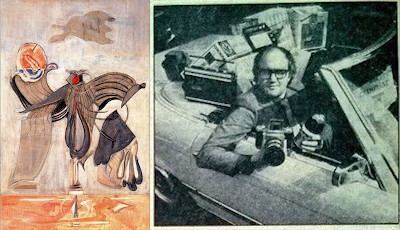 f.) From The Painter's Eye to Inspector #4 to Interior, Nice to Bed Station to cover for "The Bicentennial Man" to the early Space Jockey storyboard 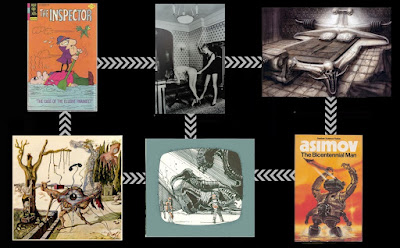 f.i) References “The Painter’s Eye” (1942) by Salvador Dali is referenced in Cover of Inspector #4 is? 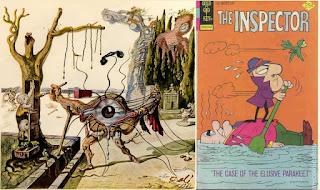 f.v) See: The cover of Asimov's The Bicentennial Man" (Published 1978) by Chris Foss references the cover of The Inspector #4? 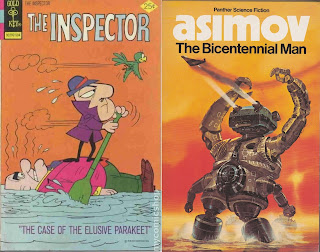 e.ix) Early storyboard of the Space Jockey in the derelict ship for Alien (1978) by Ridley Scott references the cover for Isaac Asimov's The Bicentennial Man" (Published 1978) by Chris Foss? 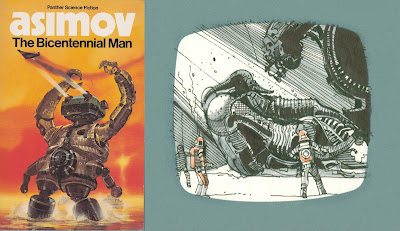