The first thought would be about how the chief of police would become the rider's rear and the filing cabinet on the right would set of the idea of head upon a head on the far right.

The speech bubble on the right would also become elongated head of the rider. 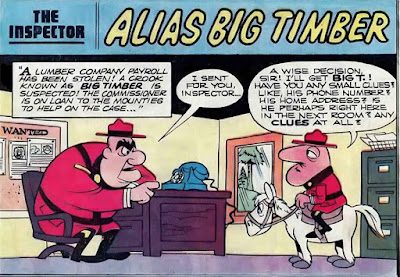 d) Filing cabinet becomes the head frowing out of the top of another head growing from a pipe. 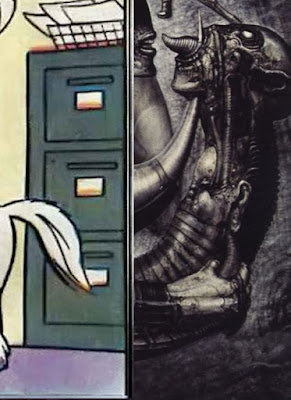 e) Window in the background and its equivalent in the painting, such as the vertical rod along the upper arm. 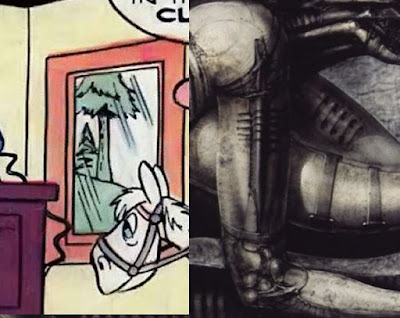