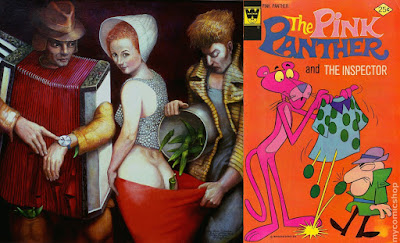 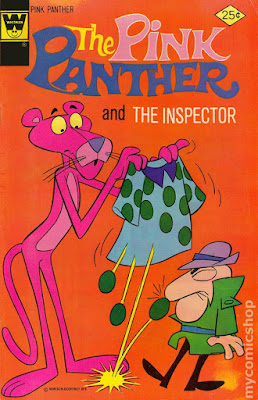 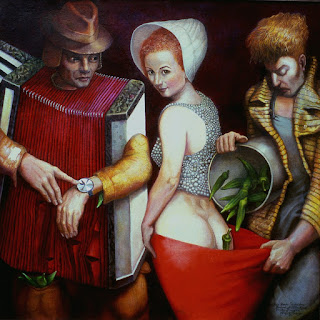 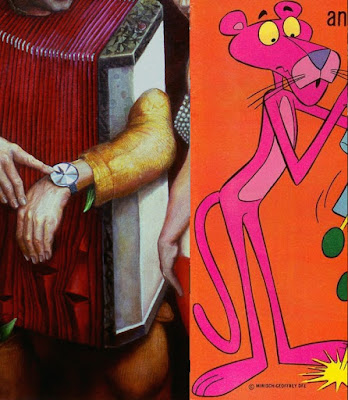 d) The container with the okra then becomes the Inspector's face. 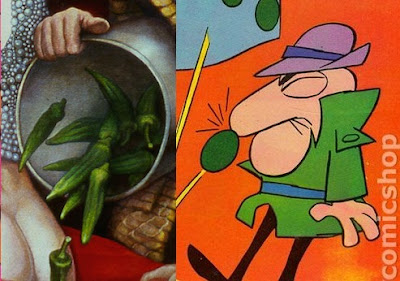 e) The vest worn by the woman becomes the garment being held by the Pink Panther, and in place of the sequin like forms on the vest,and the okra being poured from the container become the green ovals falling from the vest and rebounding off the floor. 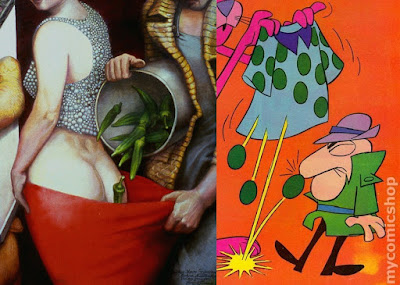