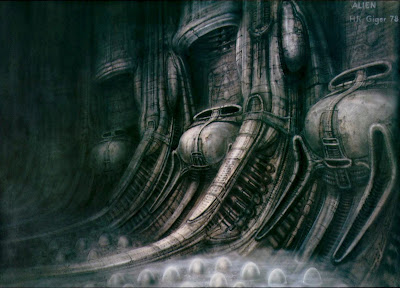 b)  Concept for derelict by Chris Foss, image 10 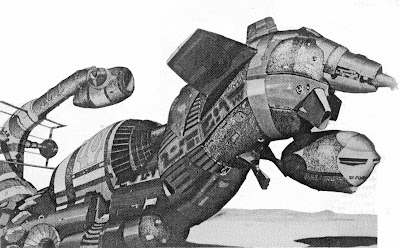 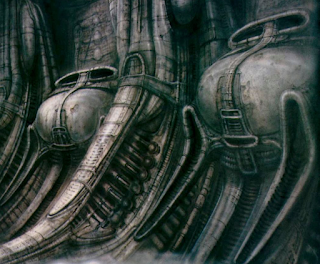 By comparing Chris Foss' elongated derelict ship and Giger's Egg Silo version I painting, it might be easy to assume that Giger had taken the idea of the pod from the front of Foss' ship with its two slit windows on the pod from Foss' derelict that had translated themselves into a slightly different form in one of Moebius' earlier derelict designs has almost seem to crawl into Egg Silo version 1 as two slit like eye like spaces above the pregnant belly like pods. See: Chris Foss' derelict,


Perhaps  such abstract bilateral forms protruding from the tops of various of Foss' structures that might be such things as engines or something similar to two rectangular radars fused together that might make one think of robot eyes or visors. See: Chris Foss' Alien temple interior