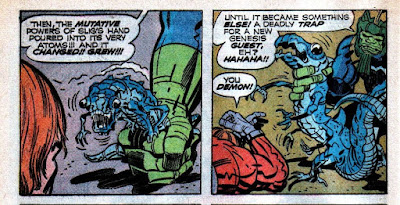 a) In the production of Alien, they were struggling to find the look of the Facehugger, with Ridley giving Giger the idea of following the Francis Bacon painting of the three figures at the base of a crucifixion, and he went one direction that didn't work out so well,


b)  Then they went a different direction with the help of Roger Dicken, creating a creature looked like the alien head upon a small body with a long tail, with stunted arms, still loosely retaining some of the aspects of the Francis Bacon painting.

c) Seeing as it looks as if Jack Kirby's comic books were being looked at for ideas, one can look at a panel from his comic book  The New gods #5 (October-November 1971) featuring a small crustacean being picked up by a character known as Slig from the Deep Six, quickly transforming it in to a dangerous creature before it's quickly destroyed. 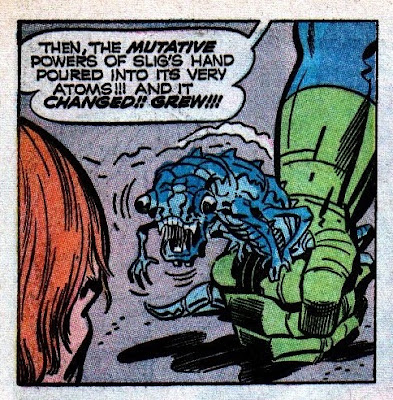 c) From this angle, the creature in this drawing, although it has arms, it resembles a chest burster in Alien.

d) It also resembles the chestburster in the sequel Aliens that has flailing arms, and we can know that Jim Cameron was another fan of Jack Kirby's work. 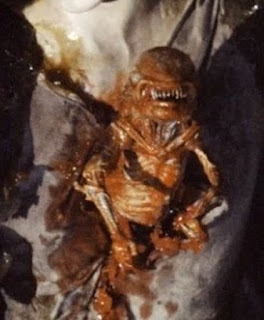 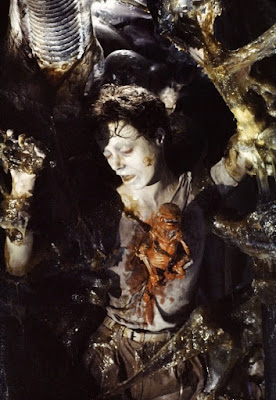