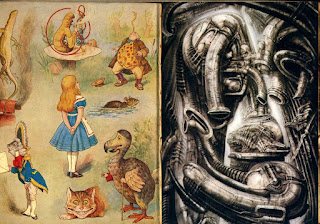 b) Page of illustrations for Alice In Wonderland (From a book published 1923. Was this arrangement of images published earlier?) by John Tenniel 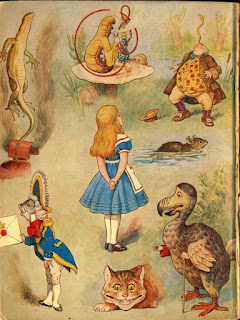 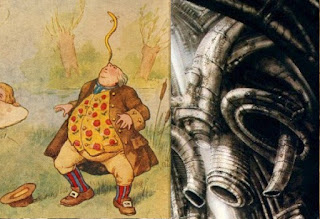 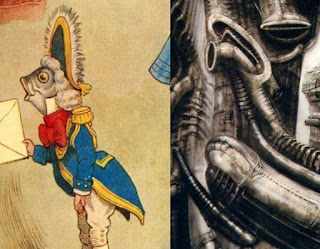 d) The caterpillar with hookah becomes the huddled form. 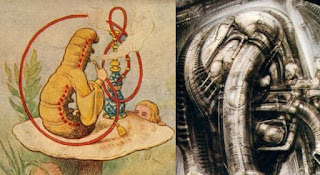 f) The newt becomes part of the same huddled form 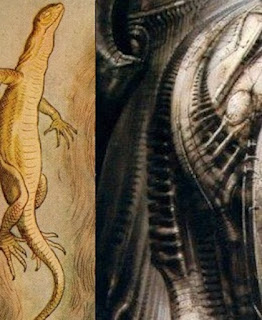 h) I suppose that the Dodo's face has been merged into the roast turkey shape that represents Alice's dress, but traces of its open beak appear to still be there. 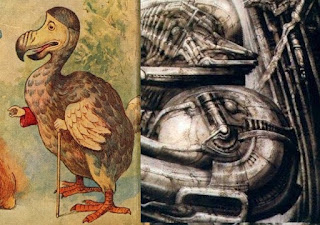