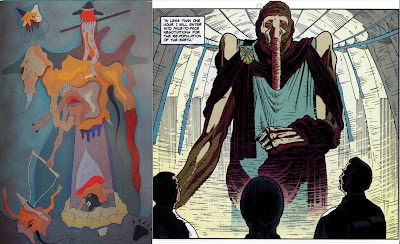 For some reason, I have the impression that this curious painting inspired the space jockey in this comic book and the colourist used it. If that was not the case, then it's a sort of mystery.

It's curious to see this paintings elephantine head in the centre, and the artist does these humanoid heads with elephant like trunks in more than one picture, but it's interesting to see this one and it was done the same year that Alien was made.

By the time of this painting, Jorge Camacho had moved from Cuba to Paris 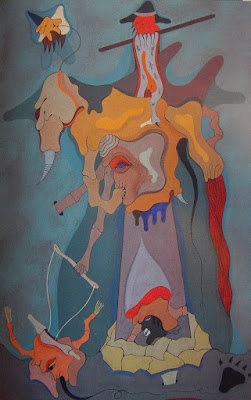 In Camacho's painting the eyelids are orange , while in the illustration, the eye lids are a not too dissimilar colour.

e) The upper par of limb on the right painted ochre and yellow becomes the right shoulder and upper arm. 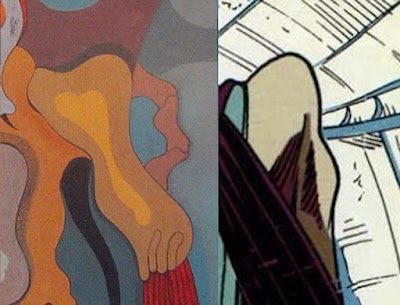 e) Orange brown area beneath the central head becomes the lower right arm with hand of the Space Jockey. 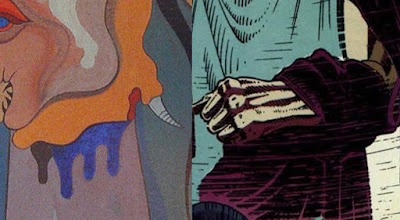 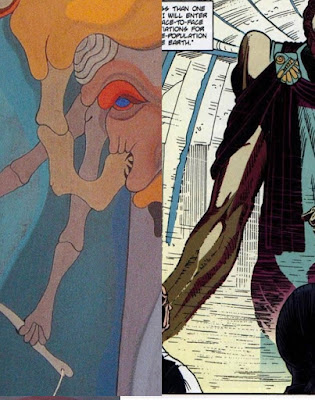 g) Abstract detail upper left and broach on the upper left of panel shown above. Note how the yellow fingers of the blob become the yellow petal like shapes

h) The area with Sancho Panchez merged with the clock becomes the lighter part of the space jockey's face, with the sides of the hat becoming the pale brow, with the orange head and clock body becoming the nose area and pipe. The orange phallic form become the red tone on the side of the trunk 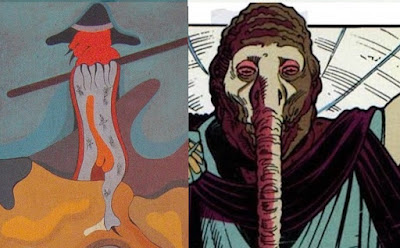 i) We can look at how this the strings or wires connecting to the orange head from a handle become the lower arm on the left with the hand blocked out of the view by a man's head. 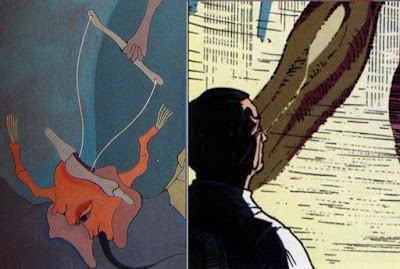