Supposed "Mayan" artifact showing contact with extra terrestrials, Side B as seen on America Unearthed 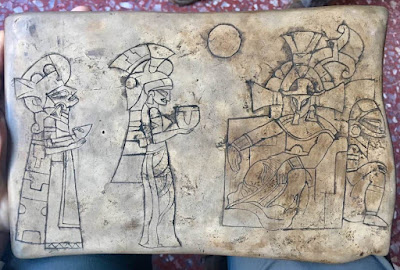 a) Supposed "Mayan" artifact showing contact with extra terrestrials, Side B

Supposed "Mayan" artifact showing contact with extra terrestrials, Side B (Image brought to my attention via https://www.theothersideofmidnight.com/20201212_wolter/) which appeared in America Unearthed, Season 4, Episode 2: Alien Artifacts. (The America Unearthed program I believe presented a skeptical view about the item)

b.ii) The two side by side

b.iii) Comparable areas showing the baphomet and the throned figure 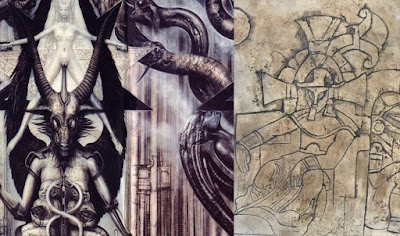 b.iv) The baphomet head becomes the head of the throned figure

b.v) The naked female's upper legs and torso becomes the upper details of the back of the throne 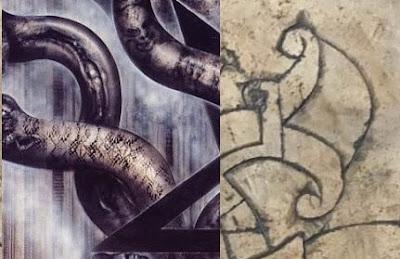 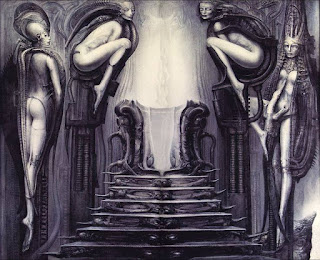 c.ii) The images side by side

c.iii) The form of the woman body up to the shoulders becomes the female figure seen from the side 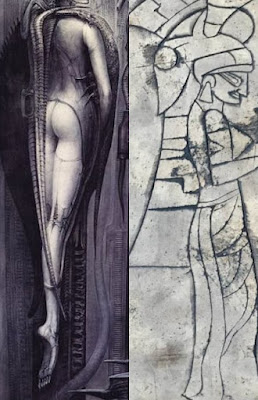 c.iv)  Female head and female head seen from the side

c.vi) The rear of a female figure becomes the circle in the sky 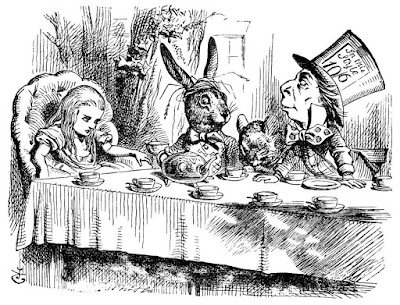 d.ii) The two images side by side

d.iv)  The march hare's head and the female's head with head dress

d.v) The mad hatter becomes the figure on the throne 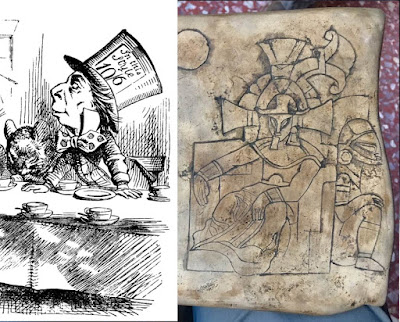 d.vi)  Bow tie and comparable horizontal forms sticking out either side of the head

d.vii) Right side of back of chair and tea cup with saucer becomes a head of the human crouching at the end 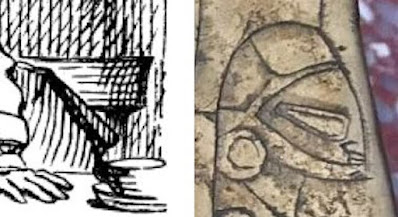