Alien: Evolution of the Alien by way of Alfred Hitchcock's "To Catch A Thief" (1955) 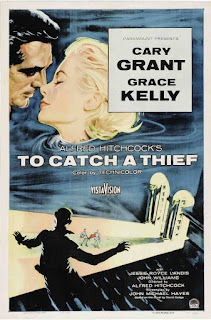 leading from
Early Development of the Alien Script
and
Alien : Jewels of ideas
a) Robie the jewel thief as Ripley,
John Robie (played by Carry Grant) becomes Robie the character who becomes Ripley, an ex jewel thief known as The Cat who finds that someone is mimicking him steeling jewels and so he is accused of theft and is being hunted by police.
It's up to him to catch the thief .
When the thief eventually steals the jewels of his love interest Frances Stevens's mother, Robie deduces that the thief came down the airshaft to steal the jewels. 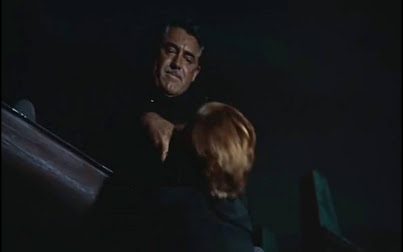 b) Froussard as Broussard who becomes Kane
Another character Foussard becomes the name of the character Broussard who is later renamed Kane in Alien. He is the father of the thief who is later revealed to be Danielle.
He is soon killed in what appears to be an attack on Robie at the scene of another robbery, but Broussard dies in a fall in the water and this is followed by his funeral.
Broussard has a funeral with his body cast out into outer space. 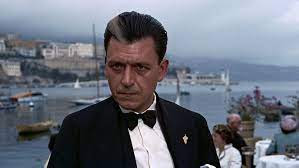 c) Danielle the thief, daughter of Froussard as the alien beast
Robie catches the thief who is Danielle the daughter of Foussard.
He pursues her around the roof of a chateau where Danielle stole the jewels from the mother of Frances Stevens, and as she slips and hangs onto the edge of the roof, Robie grabs her hand and forces her to confess aloud who that she was working for her father Foussard before he was killed as well as a gang leader Bertani.
This loosely translates into Robie/Ripley's battle with the alien aboard the shuttle and when the alien is ejected into space.hanging onto Robie. 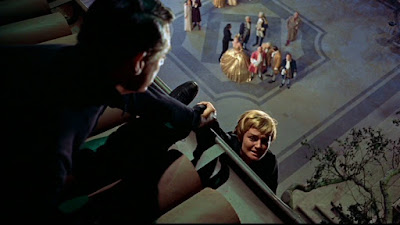