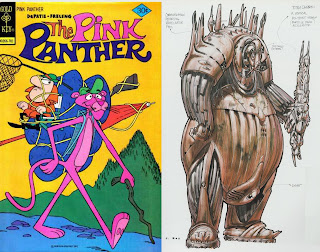 leading from
The Fifth Element: The design of the Mondoshawan

a) Sheridan (Mondoshawan) by Jacques Rey

Mondoshawan/Sheridan suit concept the Fifth Element released in 1997 (actually year the drawing was done was between 1992 and 1996) by Jacques Rey (source of image: "The Story of the Fifth Element" book) 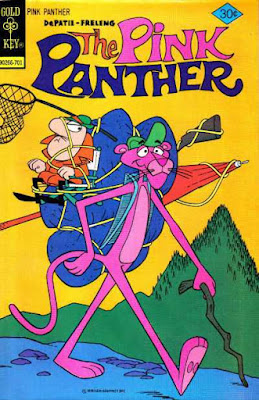 c)  Here it seems as if the backpack has become the arms and shoulders and the Pink Panther's head becomes the head of the Mondoshawan.

One could think about the net and the rifle becoming the "communication recording ventilation pods" sticking out of the back. 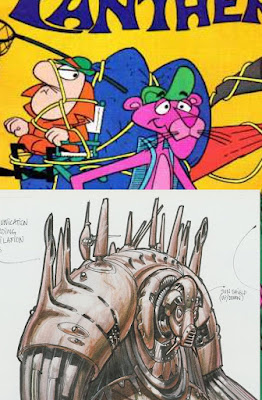 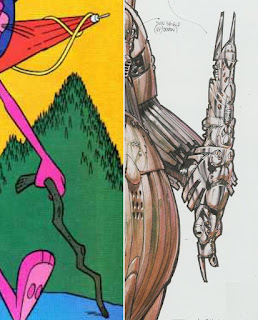