'The Baker listening to his Uncle' for Lewis Carroll's The Hunting of The Snark (Published 1876) by Henry Holiday references the Baphomet, in Dogme et Rituel de la Haute Magie, (1856) by Eliphas Levi? 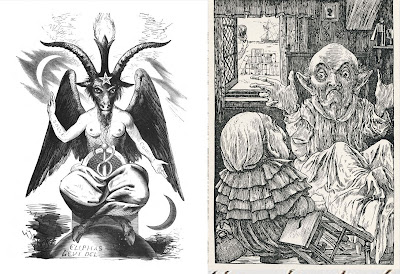 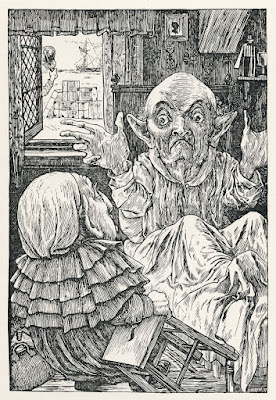 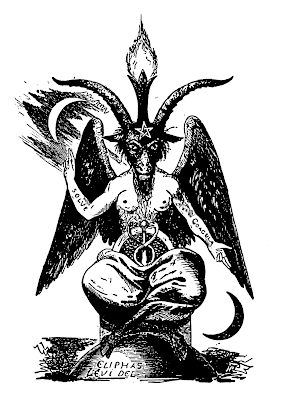 d) Left hands have fingers held in a similar away with two fingers open and two fingers bent closed. I suppose that they didn't want to make it look too significant on the Uncle character. Well I'm not really that interested in trying to show that the Uncle is trying to convey the same symbol but we know what the artists was looking at and so some of that got into the actual image. 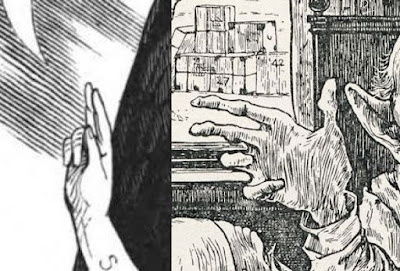