a) In the second version of Necronom III,  the elongated head looks as if it is a birds head with the neck slanting backwards similar to an Ibis. Ibis often turn up in Egyptian art and are closely related to the stork. 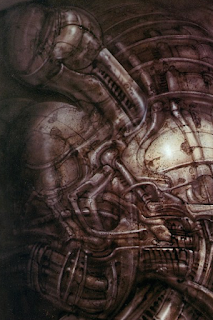