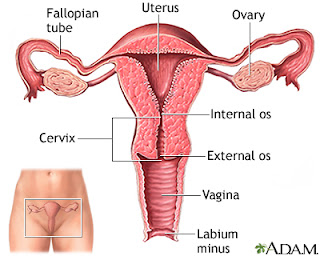 i) Making the association
On the 29th July 2015 I suddenly realised that there must be a connection between National Park and ideas associated with the human uterus. The first thing I am thinking about is how the snake on the right curling around the back of the egg shaped skull and the breathing pipe leading into the head with a helmet on at the left become the foundations for the generalised shape of the uterus. Looking again on the right, I'm seeing how the beaked skull starts of the lower right of the uterus cavity and the spikey back of the strange entity carrying the phallic form in its shortened as if it were a rugby ball also lends itself to being part of the ribbing in the wall seen in the cutaway diagram. There is no special destinction being made here by the artist if that is so, that anything must be specific in any way. 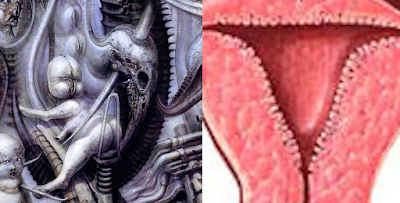 ii) Fallopian tube cap
The skull like head with a split through it and a tentacle with a kink trailing behind it might be compared to depictions of a fallopian tube. Perhaps the head might be also in place of the ovary. The Slight might be inspired by the narrow passage from the uterus to the fallopian tube seen in the diagram. 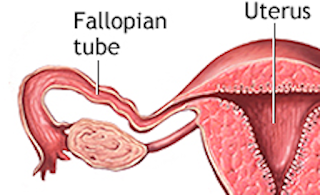 iii) Ovary heads
The ovary is also seen to be attached to the uterus by another tube and perhaps this boar like head is connected to the central part of the painting in much the same manner, by the pipes connected to its neck and indeed the horn protruding from the tip of its snout. But the pipes could just as easily be associated with the fallopian tube since Giger isn't necessarily out to make any distinction but happily feel out the forms to show off different ideas to fill his painting. 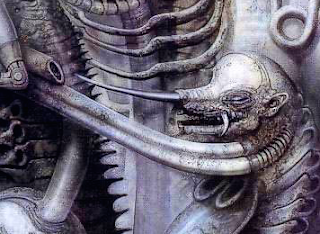 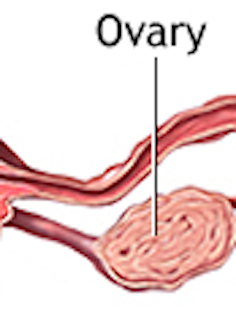 iv) Ovary heads II
Eventually these things might well be considered as different types of developing foetal things connected by umbilical chords connected to their mouths.


v) Contemplating Uterine Cysts
The other possibility about these is that they might also represent uterine fibroid cysts as perceived in diagrams. 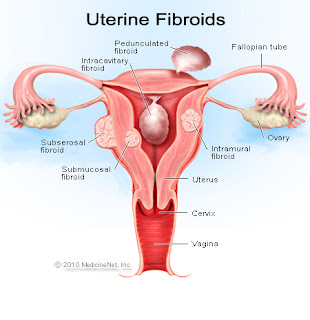 vi) Vaginal slide
The interior of the vagina becomes turned inside out as a sort of a spine for the mutant creature to slide down, and so it's stopped by the hairpin like stucture, perhaps the memory of the forceps or something similar that entered his dreams for the passages series which he envisaged as a hairpin blocking the way out of the strange dream room, which reflected on his long and difficult delivery as a baby. (See Inspiration behind HR Giger's Passages i-ix) 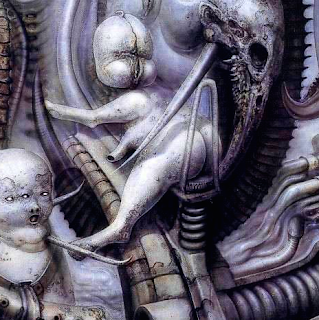 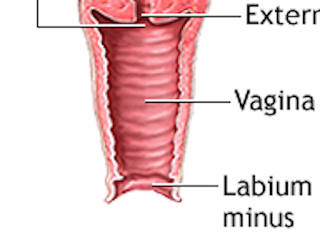