Alien:
Kubrick wanted to know about
the Chestburster scene 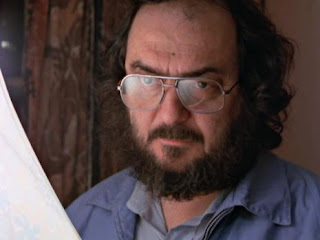 Ridley would occasionally find himself talking on the phone to Stanley Kubrick, he never actually met him though and it appeared that Stanley had a fascination with the film Alien.

One day Ridley got a call and someone one the other side of the phone asked "How did that guy come out the chest?"

And Ridley replied "Who's this?"

Ridley having great respect for this film director associated with this name suddenly responded "Oh hi! Do you want me to explain the thing on the table. He's underneath and very uncomfortable"

Stanley responded, "I get it, I get it. I can't find the cut"

"Ah, well, there it is" responded Ridley