Simon of course knew his philosphy was generally 'you may not see it, but if it wasnt there it wouldnt look as good'


b) Simon D. and the Secret Doctrine
When Simon Deering painted in the buttons of the autodestruct panel been influenced by reading the Secret Doctrine by Madame Blavatsky during his in the production of the movie Alien. This resulted strange references that are visible in the actual film such as Shakti Excess, Aum, Akasa, Pranic Lift 777, Rohrim, Hum, Padme, Yoni, Lingha, Druze Pile, Trip, Agaric Fly, Bel , Leb Drift, Serotonin. Perhaps TAL and MU would have required a D after MU to make it Talmud, a central text of Rabbinic Judaism.. It wasn't until 2009 that members of the public were able to know what all these strange references were generally all about 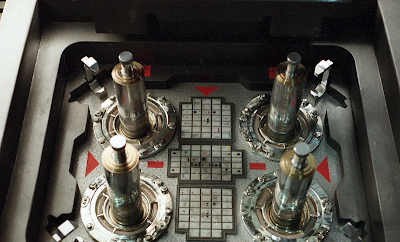 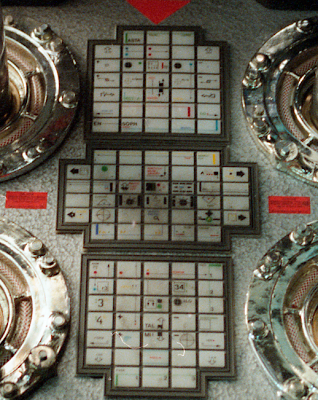