Leading from
Alien: Birthing the Chestburster
and
Alien: Memory Surfaces

a) Tim Boxells' comicbook story Defiled was published in Death Rattle vol 1, #1 in 1972. Dan O'Bannon in his essay "Something Perfectly disgusting" wrote about how he took the idea for the chestburster from "an underground comic, published in San Francisco in the far out 1970s. In this surrealistic yarn, drawn and written by the weird-brained Timothy Boxell, and alien critter somehow gets inside of a spaceman, and bites its way out, In this, I knew I had found my central image" and here are some of the images from the actual comic book. Another thing to note is that the story included man being raped and impregnated by an alien organism.

b) Having looked on the internet for what I could about the comicbook story for over a year, by Saturday 16th of November 2012, without much knowledge of Tim Boxell's work, I came by on the internet fragments of the comic book Death Rattle  (Volume 1, Issue 1) from 1972, ( published by Kitchen Sink Press, the great underground comicbook publisher well known for publishing Zap Comix and various comicbooks by Robert Crumb.) Amongst a few pages to peruse through from ebay of a copy of this comic book on sale, I found the story I was looking for, "Defiled", about a man teleported into an area of space to recover a strange artifact that looks like a bust of a humanoid and suddenly he is teleported to a planet with the artifact but he accidently drops it because of its weight, awakening some Alien strange creature inside that resembles a monstrous skull with a fleshy sack like body, his accomplices do not teleport him out of the place and so the creature immediately rapes and blinds him. He has been left abandoned on the planet and soon it appears that a creature inside has been growing and soon bursts out of his chest, and takes over the control of the human's body, directing it to walk somewhere far off before the baby allows the body to collapse, it eats the arm of the body and absorbs all knowledge, memories, ideas and feelings from his mind before the recovery team come along days later and fall victim to this creature that devours them. 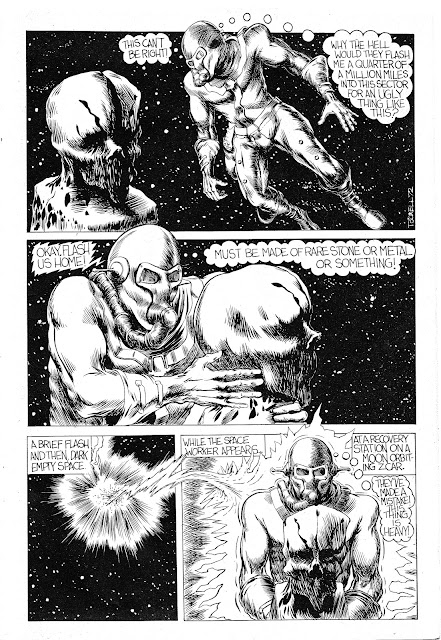 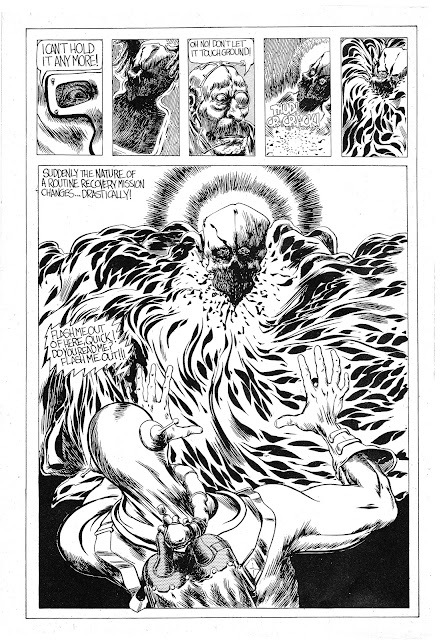 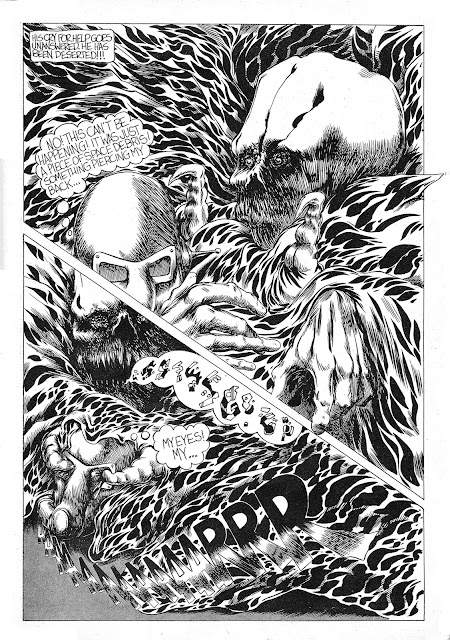 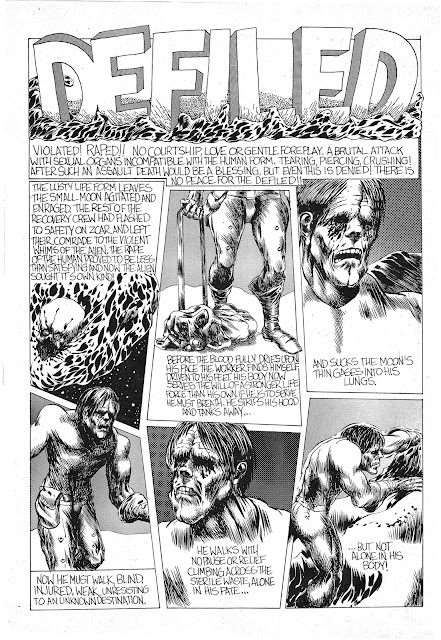 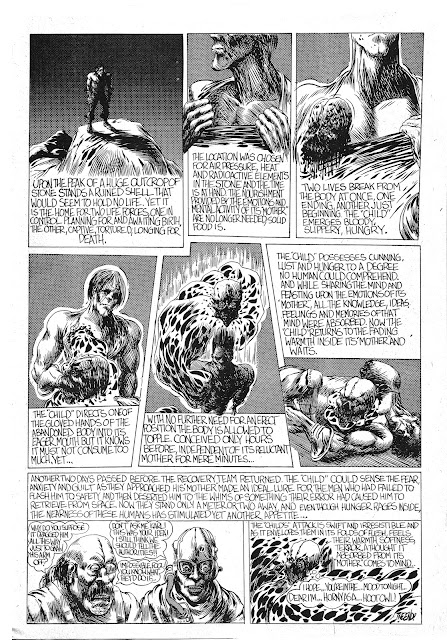