Is the circular hole an observation bubble? 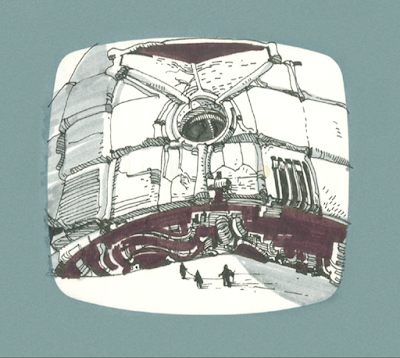 b)  References Crucifixion (1933) by Francis Bacon?

b.i) The two images side by side 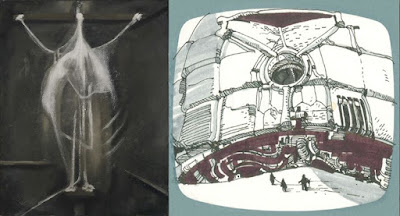 b.ii)  The upward angle from Bacon's painting next to the upward curve revealing pipes etc 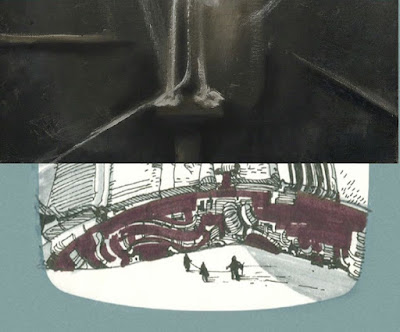 b.iii) Arms and head of crucified figure next to the equivalent in the Ridleygram 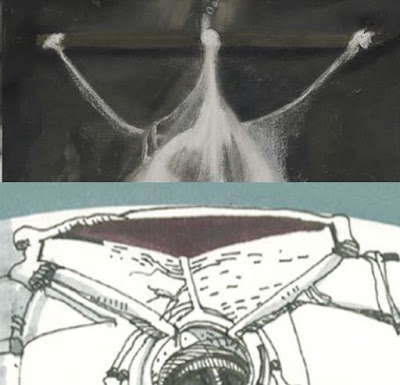 b.iv) The feet perhaps become the explorers approaching the ship

b.v) The diagonal lines from Bacon's painting next to vertical lines on the side of the side 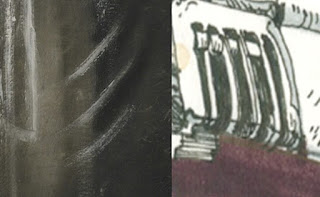 c.i) In the drawing of Moebius' derelict ship exterior closeup, just as with Ridley's drawing,  there is an observation bubble where we would find the giant pilot's seat facing towards,  there's an upward curving gap at the bottom of the ship that reveals the inner workings beneath, and we see a human astronaut approaching the vessel

Perhaps they were done at the same time when Moebius came over to England to do his concept art for Alien? 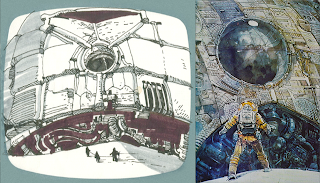 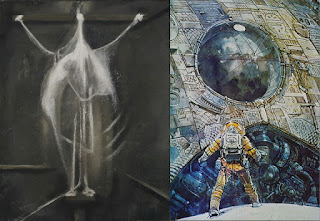 c.iii) Perhaps like the bottom of the painting by Bacon, there is an upward angle where the ship's machinery can be seen and the Christ's legs become where the astronaut stands. 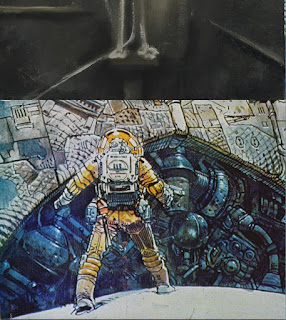