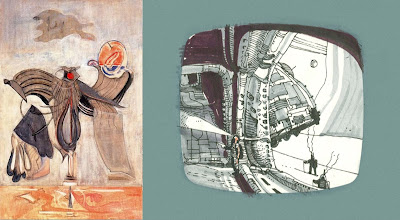 On the left, inside of the ship, we see a passage going off into the distance. 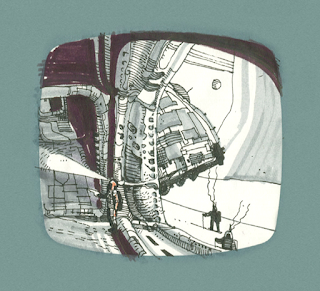 b) References Gesthemane (1944) by Mark Rothko?

b.i) Of course I really don't have an ultimate word about what's going on in the Gesthamene painting but to me it loosely resembles a washing line, and perhaps there's the head of a bird of prey with a red hood on the right, but that's the way I would describe it at least. But really I don't have a set of phrases to describe the parts of this painting in any specific way 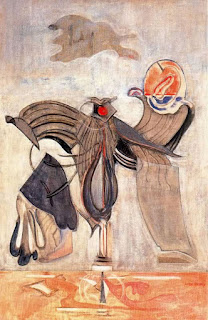 b.ii) The images side by side with the Rothko reversed 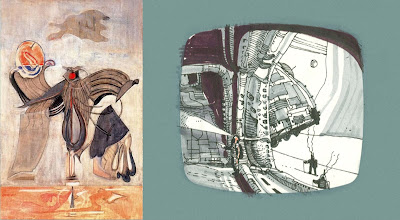 b.iii) The main dark shadowy shape on becomes the pod in the distance, while the curve cable piercing it from the right in the snippet of an image perhaps becomes the dome on the side.

The dark drooping shapes at the bottom become the explorers 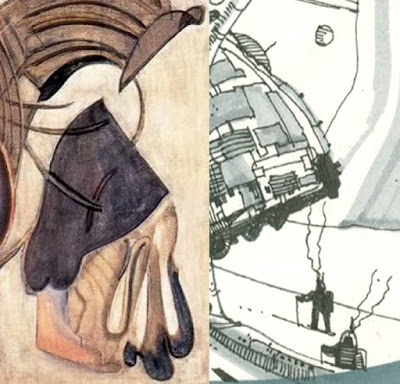 b.iv) The dark shape that becomes the distant pod 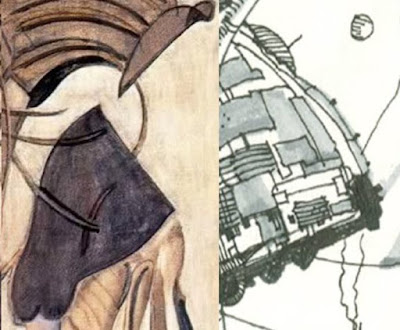 b.v) Detail showing the he dark drooping shapes at the bottom become the explorers 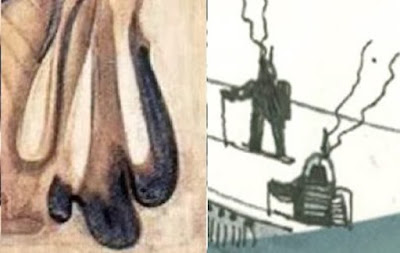 b.vi) The twisted part at the end of the shape stretching over the larger dark shape becomes a planet

b.vii) The other side of the painting and the corresponding features in the derelict ship. 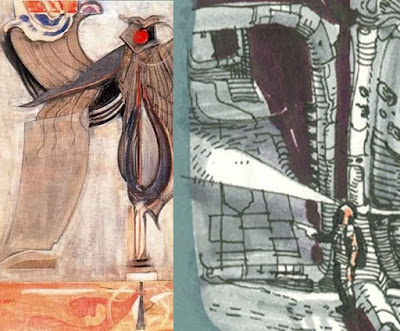 b.ix) Where there would be the eye of the bird like head, it becomes the distant part of the sloping corridor. The straight line separating the blue and red area on this head like form become the top of the near entrance frame leading into the tunnel.

b.x) Central lower part of the painting which might as well be the pole of the rotary washing line with billowing linen above.

It's as if the pole becomes the astronaut standing inside the ridge of the open entrance. 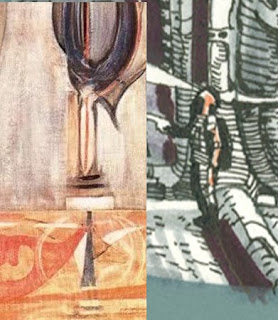