a) 14th February 2016: I was aware of Anima Mia for sometime since I bought the book Necronomicon II back in the early 1990s, this painting was created around 1980, The title was used by an Italian pop group I Cugini di Campagna, for their album in in 1972

I recently thought about Pablo Picasso's painting Guernica painted in 1937 and how it could offer HR Giger a landscape of possibilities and so soon I half thought about how he had just about done it with Anima Mia and then today I took a closer look at the two unable to make the connections until realising how much Giger had displaced the various images from Piccasso's work to turn it into something that would work in his own painting. Indeed the experience from Giger's painting is very much different from Picasso's work

b) See: Comparisons between details in Guernica and Anima Mia 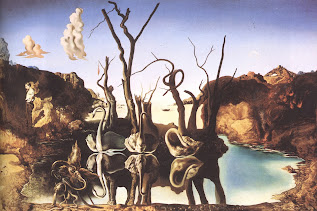 d) See: Dali's "Debris of an automobile giving birth to a blind horse biting a telephone" (1938) which is a reinterpretation Picasso's Guernica also integrated into Anima Mia 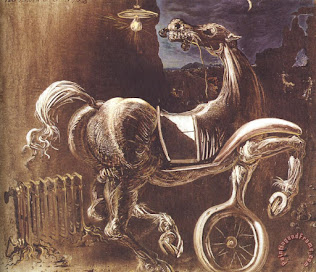 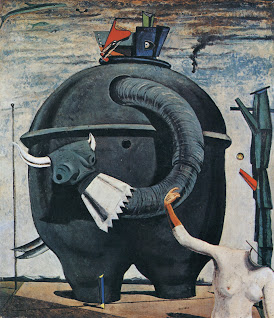