Alien 3: Theatrical cut a portent
of the next Alien director


a) There is a film by Jean-Pierre Jeunet and Marc Caro's film The Bunker of the Last Gunshots, a black and white movie.

In this film, multitudes of bald men are running around an enclosed underground environment in a world of futuristic war and after everyone kills each other.

There is one man reduced to being an idiot after being experimented on left at the end hand cuffed to a gas tap and he is left there to die. 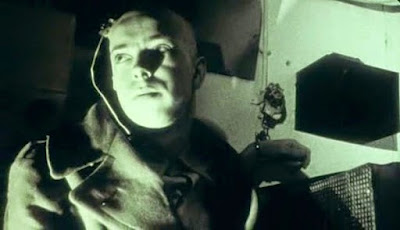 b) There is a serial killer Golic in Alien 3 who is accused of killing the initial victims of the adult four legged alien and he is bound up on the bed unable to get away.

However he is left there for good since the rest of the story where he is released and goes on a murderous rampage in an effort to assist the Alien has been edited out.


c) Jeunet and Caro turned out to be great fans of Alien 3, they could sympathise with the environment that had been created.

d) David Fincher would soon work with Darius Khondji  in his film Seven, just after Alien 3 .

This man so happened to be Jeunet and Caro's director of photography for their films Delicatessen and City Of The Lost Children,

Delicatessen had a similar sepia toned look to Alien 3 and was released a year before, but Fincher would only talk about Khondji in interviews in reference to his perfume adverts.