a) Alien Questions
Around the time that Alien Resurrection was in production, this photo turned up in the magazine Scifi And Fantasy Models, causing confusion because of its extreme bizarrity and it was for an unnamed project. Exactly what is was supposed to be remained an interesting question, a mutant Ripley clone for the then new film? The Newborn ? But the question fell by the wayside, at least one might look at it as inspired by the Alien films and generally what kind of extreme things could be imagined for Alien Resurrection. And indeed it could be something for one of the many interesting movie projects that didn't get made.


b) Mouth
Understandable questions could be asked about whether it has a human mouth loosely reminiscent of Sigourney Weaver's at the time. 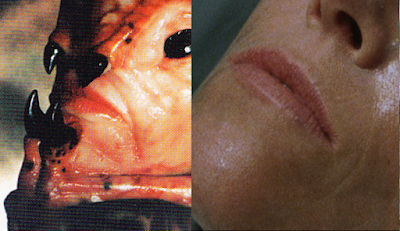 c) Website photo
Now this image can be found in the www.creature-effects.com portfolio and has been named Boris.

The black skull has been replaced by the eye on the right side of the head. The mought has been given similar mandibles as the black skull.

And the tiger shrimp like ribbing patterns have been transferred to the back of the head. It seems only vaguely based on Giger's painting, but there seems to be enough there. 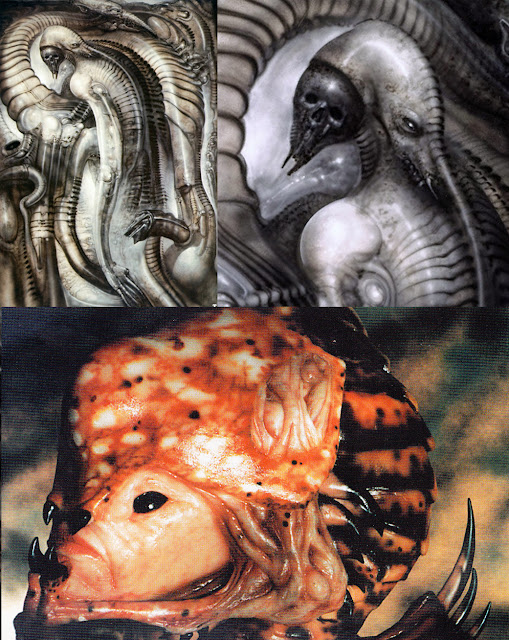