a) Engineer in Squid Suit
Huante makes the statement that these engineers are in 'squid suits'. 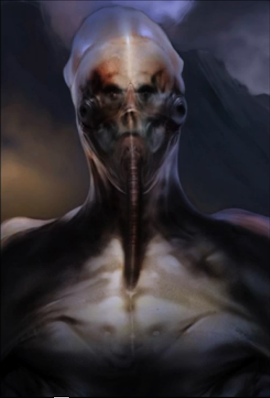 b) Calamari head
Another version of the Engineer creature had a head that resembled sea creature and might easily have been said to resemble the Mon Calamari alien species such as the character Admiral Ackbar as seen in the Star Wars film Return of the Jedi.