Prometheus: Traces of "The Adventures of Tintin and the Seven Crystal Balls"

Leading from
Prometheus: Development by way of Tintin
and
Prometheus: Giger-esque relief in the ampule room

a) Looking through the Tintin book still, and noticed that in book thirteen "The Adventures of Tintin and the Seven Crystal Balls" it features an almost interesting backdrop in a magician's act scene, and I wonder if it might have been a starting point for the idea of having the relief in the Ampule Room.
Indeed you can see what they've done with the balcony that bulges out on the upper far right. 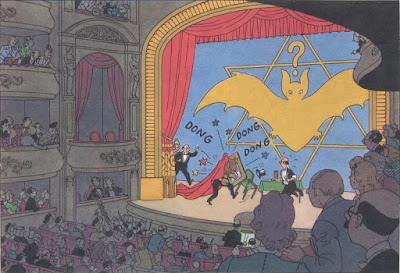 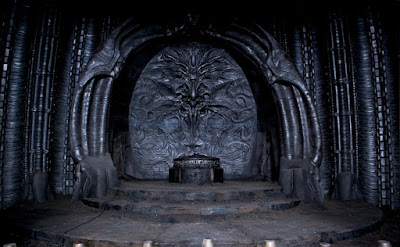 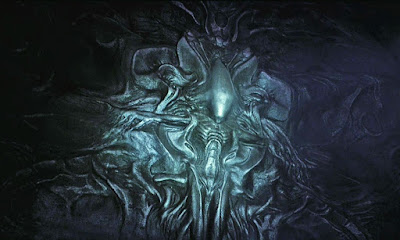 c) In the scene, Captain Haddock finds himself with a cow or bull's head that's fallen onto his own head in the scenery department, and well, it does suggest the idea of him being a beast man for half a moment at least as he runs onto the stage. 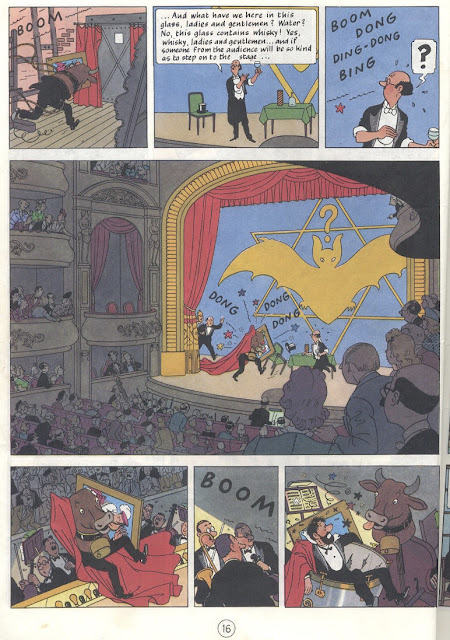