Alien: Gorilla with bandaged arm image from Tintin And The Black Island is referenced in Ron Cobb's painting of the Alien?

Leading from:
Alien by way of Tintin
and
Alien: Ron Cobb's birth temple 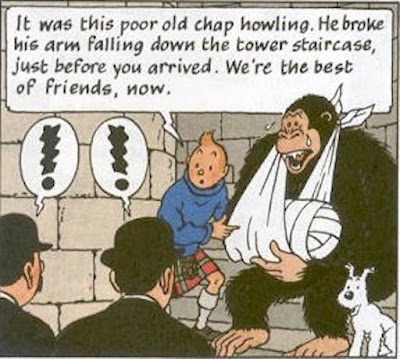 a) Realisation on 29th August 2017: In the story, a myth about a man eating beast dwells on the black island and it turns out to be an ape that the criminals use to protect the castle where their money forging is taking place. 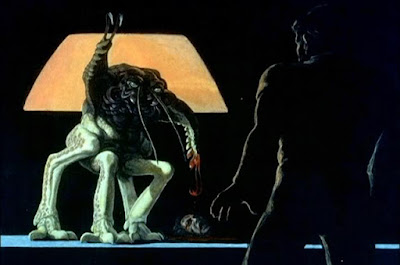 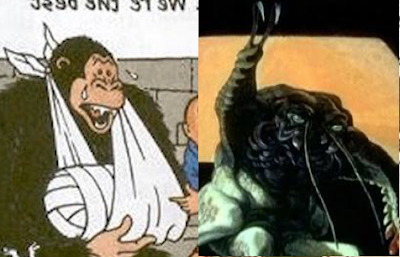 d) Milou/Snowy the dog become the far left leg, while the apes legs with the bent knees become the other visible legs.

e) Either one of Thompson and  Thomson become the crew member seen from behind.