leading from
"The Treasures of Satan" trail: The 1900s


a) As if Matisse took a suggestion of an outline of various shapes and forms that make up the picture and transformed them into this ring of humans.

b) The pile of naked bodies in Delville's painting become the space between the arms and legs of the bodies in this part of Matisse's painting. 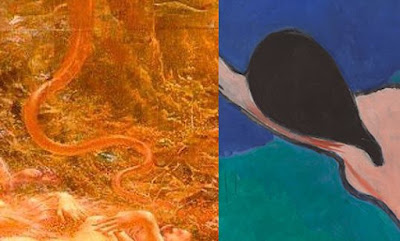 c) In space in the curve of the zigzagging end of Satan's tentacle becomes the back of the hair of this woman with black hair. 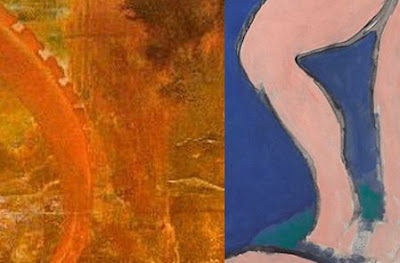 d) The upper right woman's left leg appears to follow the path of the tentacle that crosses over furthest to the right. 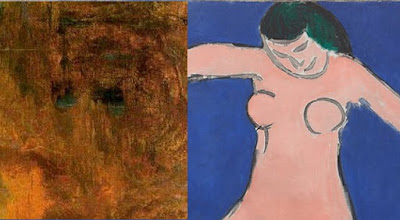 f) Triangular area of weed at the left side becomes becomes the triangular space between the legs of the woman on the far left. 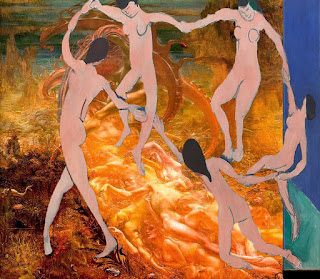 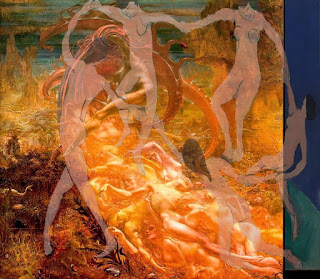