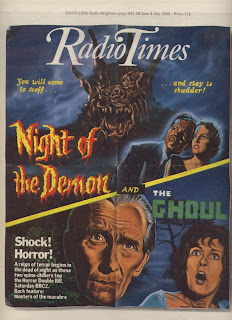 a) The Radio Times cover reversed next to Giger's painting. The demon's face has become the Darth Vader like face. Peter Cushing's face has become a chalice like form at the bottom. A man and a woman with their heads next to each other become a face made up from two parts of faces 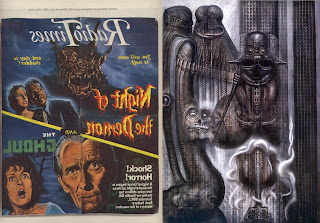 b) A diagonal pair of lines in the dark clouds become a ammunition arm band and a half invisible arm like form. 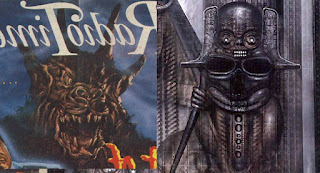 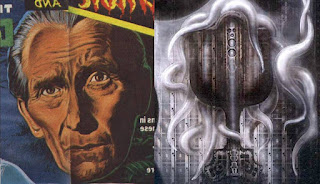 e) Two faces become a face that appears to be two merged together. 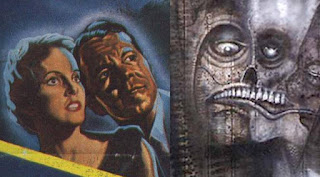 f) The R of the Radio Times logo becomes the top of the tower like form with a rounded top. 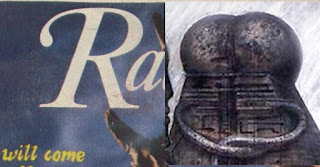