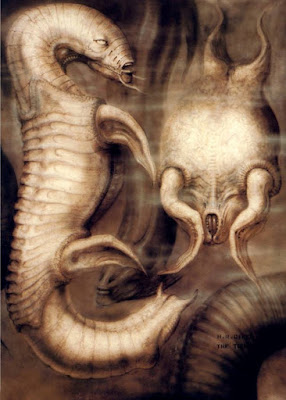 a)  Illustration for "2001 A space odyssey" from The Radio Times, 1st January 1982 by Mick Brownfield 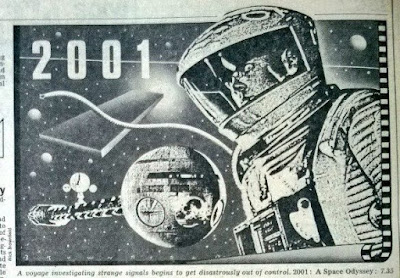 a.ii) Comparison between an illustration for "2001 A space odyssey" from The Radio Times, 1st January 1982 by Mick Brownfield and Giger's The Tourist VIII

The image would be reversed and so various shapes would lend themselves to part of the extra-terrestrials.


The breathing tube at the front which appears to connect into the suit again becomes the upper fin at the front. 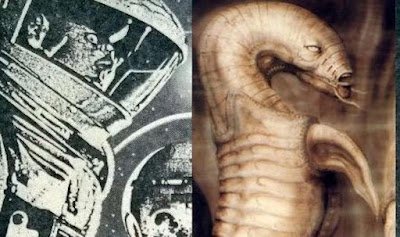 a.iii) The Radio Times illustration itself appears to references Star map from tomb of Pharaoh Seti I ? (tomb discovered by Giovanni Battista Belzoni on 16 October 1817)
Images side by side. Here the hippo and crocodile head become the helmet, and the long tendril coming from behind the ox across the mural becomes the breathing pipe.

See also The star map from tomb of Pharaoh Seti I 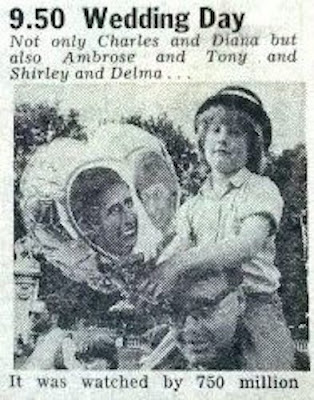 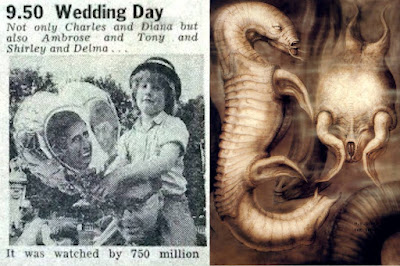 b.ii)  Head of boy becomes space between the upper limbs of the right swimming creature. Man's head becomes the face of the creature on the lower half of the body. 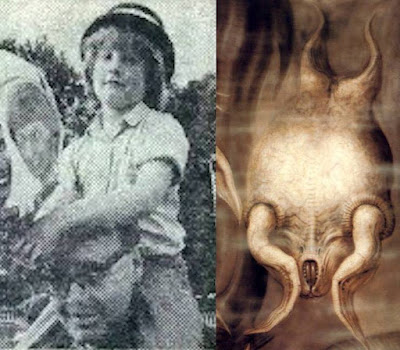 b.iii) Left half of the heart shaped balloon minus the Prince Charles picture becomes the head of the left creature 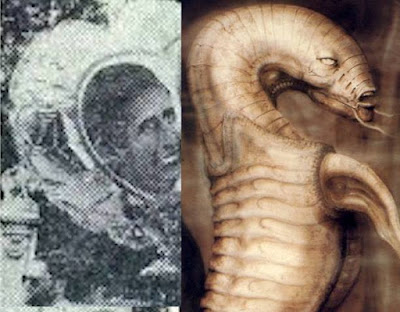 b.iv) The original magazine page
Both pictures are to be found on the same page from the Radio Times magazine's page for New Year's Day 1982 , leading to the idea that Giger would have a go with both of them in the same painting  because of their appearance on the same page 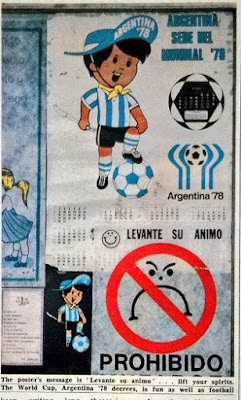