a) References Mummification Ritual image, with the one form the tomb of Senedjem being a good example?

The scarcophagus becomes the ribbed formation stretching across the bottom of the painting, while the Anubis head becomes the downward facing face suspended in the air above it at the top. For some time I have rested on this general idea waiting for another direction to go, and over time have come to terms of with the idea that it might reference material found in the Radio Times magazine which is a radio and television listings magazine that has been a main household item in England

On July 8th,  I find that the Radio Times Collectors group of Facebook have posted the cover of a Radio Times that connects with my mind and I come to realise that it should connect with this Giger painting

b.i) Two images side by side

b.ii) American man's head transforms into metal animal head. The lamp shade becomes a short city block in the distance. What it also begins to look like is that the frill of the lampshade has become the snout of this metal animal head.

b.iii) American woman's head becomes abstract head in bubble. Rather than just seeing it as a sort of "space jockey" type face from the side, one might start looking at it with much more distorted possibilities as a sort of face seen near enough from the front. The contents of her tray become connecting pieces for the pipes. 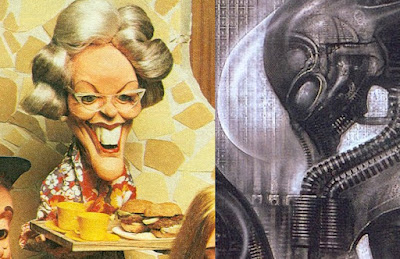 b.iv) Top of boy's head becomes the hump of the ribcage

b.v) Dog's paws, burger and cola become the line of circles that are the ends of the row of pipes

b.vi) Girl's head becomes abstract form, perhaps the circle of stars on the American flag becomes the lower circle that ought to be an ear cover on someone's head, her necklace becomes the bending pipe like form that leads down to the circle, as if it were a jawline. However these are just general forms being transferred from one thing to another so being specific is fairly unrealistic, but one might sense a comparison. 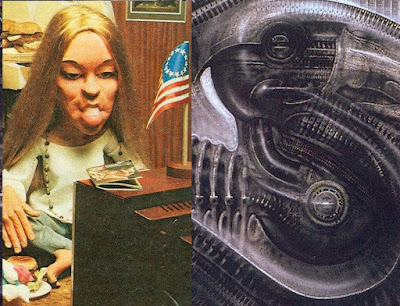 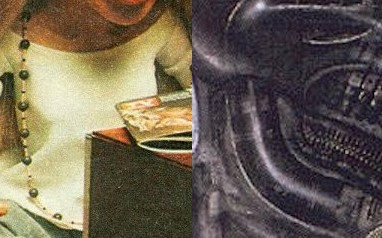 c.i) I'm having the idea of this photo from Radio Times Monday 6th January 1975 found at Radio Times collectors group on Facebook,  also being referenced , which seems rather ludicrous to think other than this was something that caught his eye in a magazine, and linked with the idea of watching TV.


c.ii) However to make them connect, one would have to turn the photo of the woman with the TV back to front and then put them side by side.

c.iii)  The profile of her head becomes the profile of the space jockey like mask in the upper center, and the large curve at the bottom right wrapping around perhaps a head of a humanoid whose ribbed body dominates the lower half of the painting 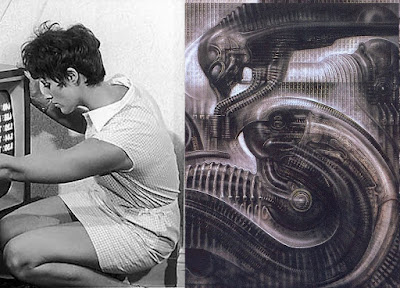 c.iv)  So, the frame around the TV screen becomes the lower horizontal spike and the tendril going over the metal animal head. 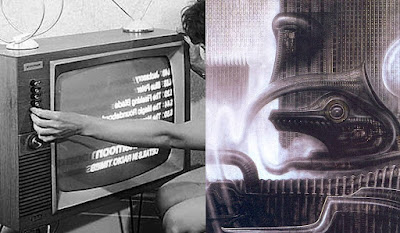 c.v)  That might also mean that the part of the TV with the speaker on the front, which also has horizontal lines running up it might become the ribcage with the channel knob becoming the circular structure of the head of this thing , shown here rotated to the left so that it's vertical rather than horizontal 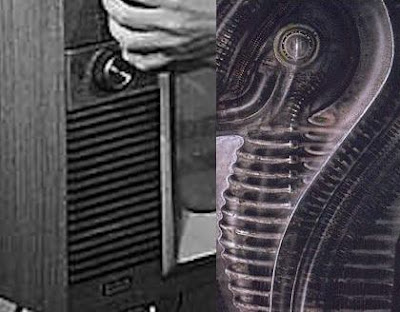 c.vi) So that knobs further up the TV might when rotated to the left also become the row of pipe openings.

d.i) Image advertising the Pot Black TV series from Radio Times for July 17 1969 referenced in N.Y. City II ? On the 24th of July 2018, I find this image posted by Graeme Wood on Twitter
as part of a magazine page and suddenly make a connection that Giger saw it and found the need to integrate it into his painting.


d.ii) Snooker player and comparable feature from upper right of Giger's painting side by side.

d.iii) Ball and pocket from the snooker table reversed next to lower right half of Giger's painting 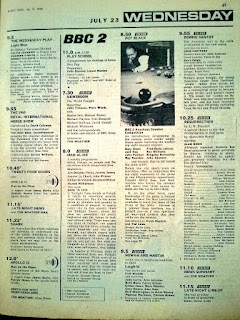 e) References Photo illustration with Judy Garland for You Made Me Love You from a Radio Times page for the 4th of July 1972?

e.i)  I think in the same way another element of this painting , a photo illustration with Judy Garland for You Made Me Love You from a Radio Times page for the 4th of July 1972.  This on 24th July 2018, I also discovered posted by Graeme Wood on Twitter.  I had noticed elsewhere that Giger had used a frame image with similar enthusiasm 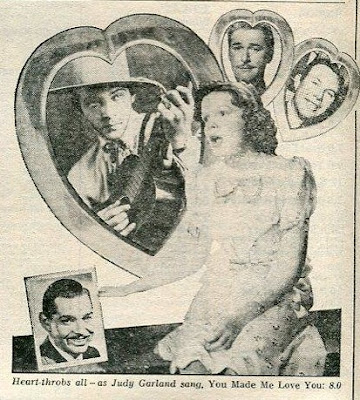 e.ii) He could play with the different picture frames spacing out the imagery in his composition.

Judy's arm on the left becomes the spike like form on the lower left. 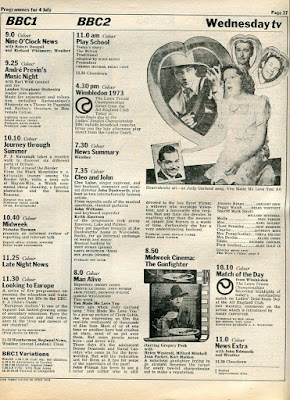 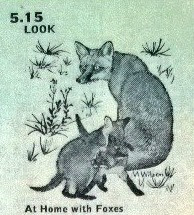 f.i) References Radio Times illustration for At Home With Foxes, 23rd July, 1969 on BBC1, by M Wilson? I discovered this on 24th July 2018 as well at Graeme Wood's Twitter page. This suggests to me that the animal like head seen from the side on the left in Giger's painting might as well be a fox  It helps to expand on the idea of the painting explore family merging together considering this vixen with her cubs merged into a twisted mass and the American family from the Radio Times "Viewing America" cover 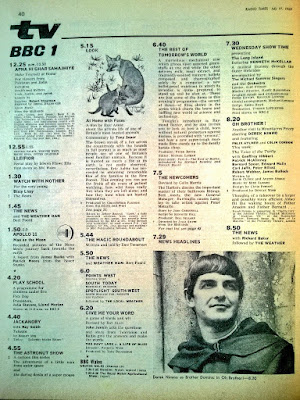 g.i) 13th August 2018, I have the urge to reaching out to compare the painting also to some tendril filled Max Ernst painting of some sort, I suddenly pick out his Temptation of St Anthony from 1945 which I don't recall seeing before and slowly cave in to accept it. 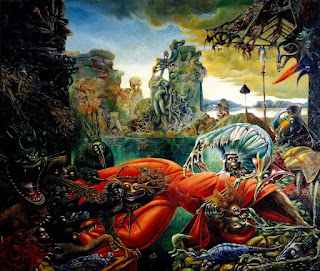 g.ii) Two images side by side. It's not easy to really describe anything for comparison, but for a start the upper leg on the upper side of the figure in the red robe becomes the raised curve in the ribcage structure in the centre. The ruin of a tower in the centre of the background becomes the upper central head, while the canopy up on the upper right becomes the horizontal abstract body of that head.. Those are two idea, but it would be as if Giger wanted to create something by merging images that he found in the Radio Times while using Max Ernst's painting as a general guide.