Alien Covenant: Stephane Levallois' Backburster opening a man up like a can of Coca Cola

Stephane Levallois had previously done some spacecraft design for Prometheus.

He got involved with Alien Covenant project in its early days as Paradise.

A scene that he was given to explore was beginning of the backburster sequence, where there was something was coming out of the man's back but it was not described.

He proposed an idea for a the backburster scene where a man is opened up like a can of Coca Cola, and the sort of creature he drew was more in line with the ideas that were being explored inPrometheus

Ridley saw the design, called Stephane up over the phone and had him come over for three hours at his offices in London,  before he himself headed off to Sydney 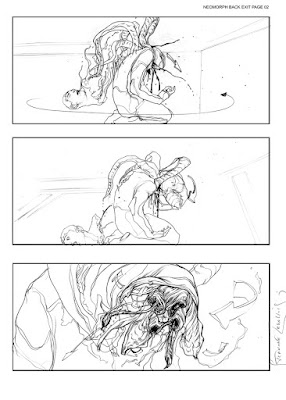 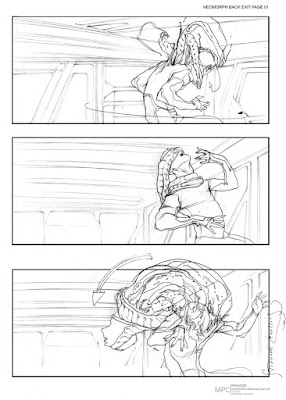