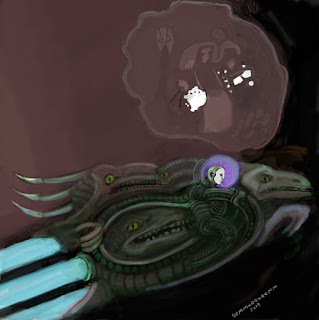 b) See: Echoes in seated goddess between lions on lentoid ring-stone?

c) See: Echoes in illustration of a Mycenaean lentoid showing a sacred palm and wild goat?

d) See: Echoes in illustration of a Mycenaean lentoid featuring a daemon standing between two lions? 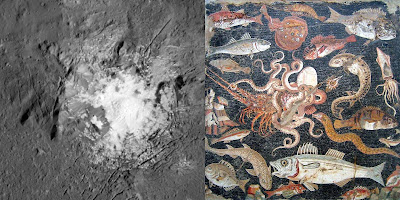 f) See:  Echoes in a relief of Roman relief of a port scene from the Severan age

(NB, there are numerous artists who have painted their own reinterpretation of this Nativity icon since) 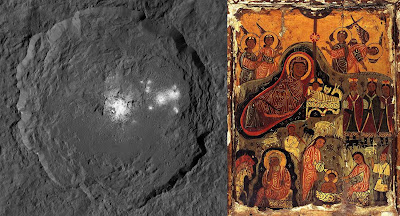 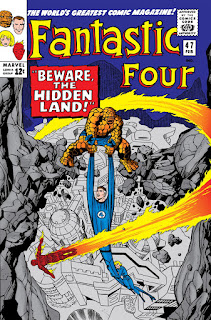 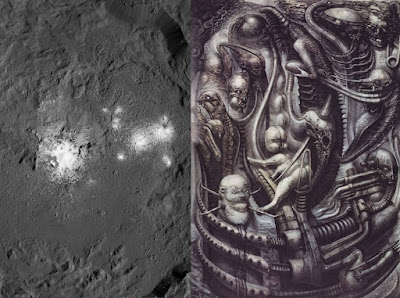 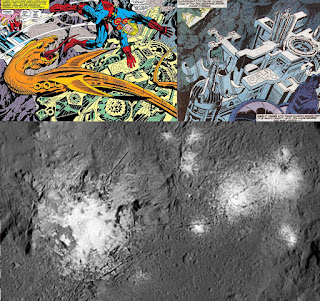 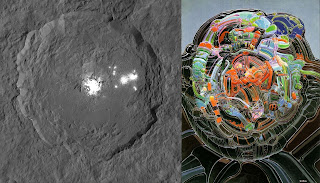 o) Andrew Currie's exploratory drawing (Released 12th December 2015)
Illustration of Occator Crater drawn by Andrew Currie after the Occator Crater had been photographed and this photograph had released to the public, and presented on Richard C. Hoagland's "The Other Side of Midnight" radio program website.