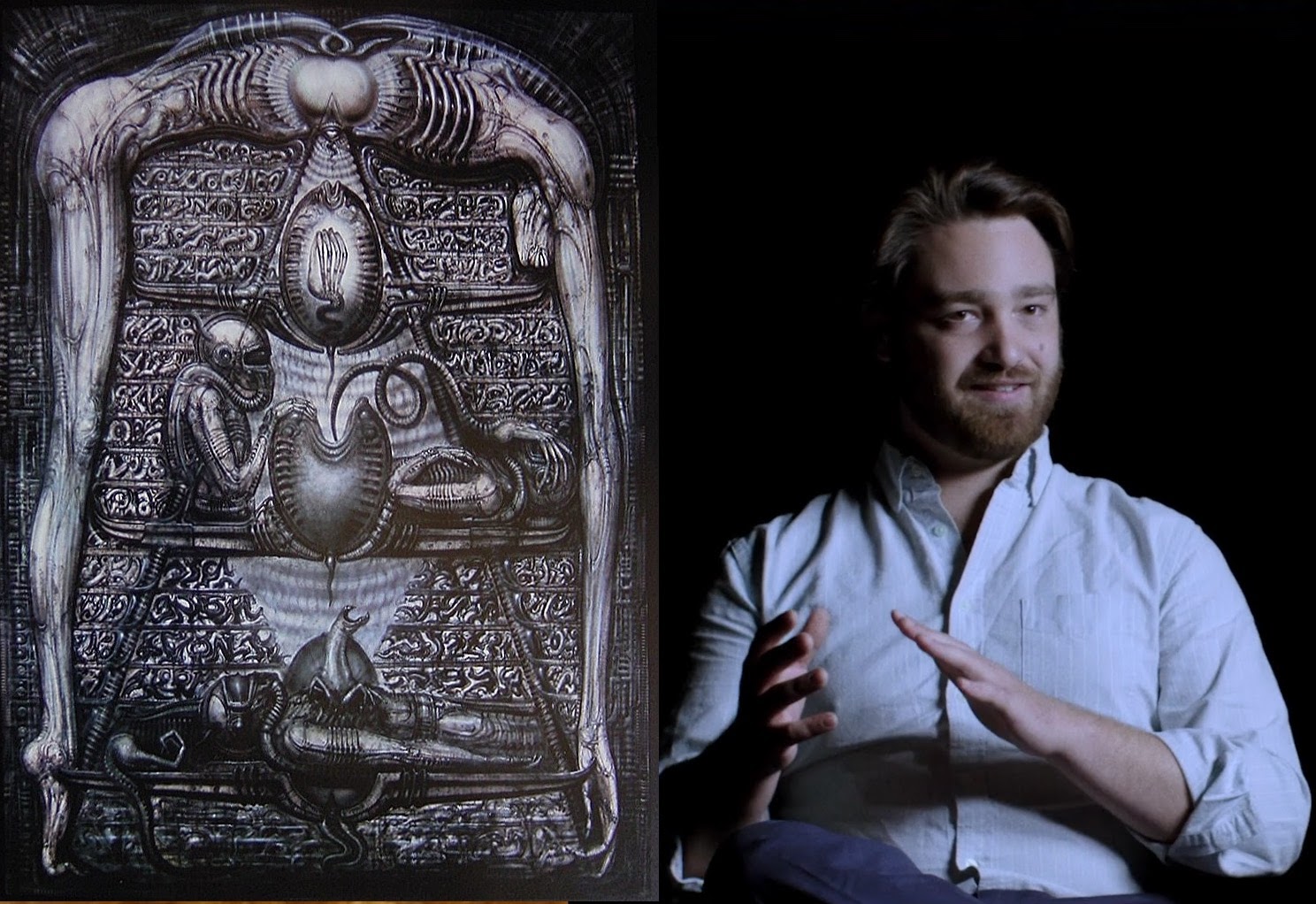 a) Mythologist Will Linn commented on the painting in Alexandre O Philippe's 2019 documentary "Memory: The Origins of Alien".

b) Here he stated that he understood that we were in the alien's domain in this whole story.

The idea was that the heavens being born from Nut , in many ways becomes the image of the alien giving birth to this species that could devour the heavens.

Of course as we might notice, originally, the alien painting  at the time that Giger begun the painting, showed the life cycle for a near primitive race that somehow lived on a small planetoid.


c) The painting in its earlier form presented we know about shows a near human like astronaut like entity with helmet with proportions that resemble a human's and then at the end of this painting's development, the painting showed the victim in the form of the space faring giant pilot known as the "Space Jockey", and once it became the cargo of the ship, then the alien was perhaps a species that could devour the heavens.

In Dan's original story, the creature was just a teenager with no culture, and if it had been raised in its own society, as Ron Cobb would remember,  become more and more harmless until its bloodlust and had gone and it became a mild intelligent creature capable of art and architecture, which lives a full scholarly life of 200 years.

That changed when the pyramid was merged with the derelict making the two structures one making them seem perhaps a cargo of biological weapons or somehow connected to the Space Jockey one way or another.