leading from.
Prometheus: The head room
and
Exorcist: The Beginning/ Dominion 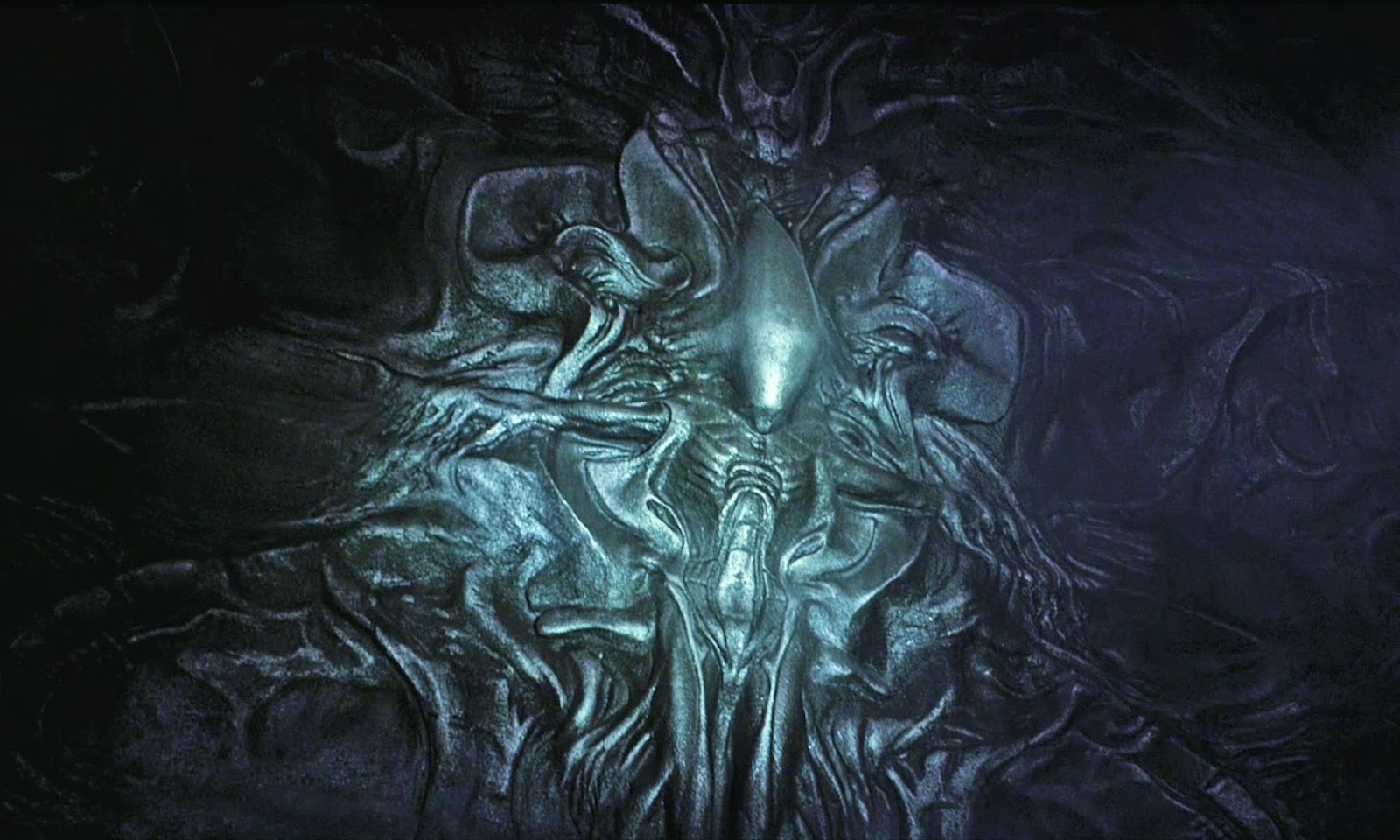 Should I ask if it represent an apparition of the Deacon that would appear later in the film?

I might wonder if perhaps the Engineers foresaw its coming as a distant future event or if these things had been coming quite regularily over the millions of years?

Perhaps I could even wonder if it was designed that after whatever came about from DNA altered by the black substance in the urns, which crossed from one person to another and then another.

It would have been to me as if it needed something from all three in the case of the movie Prometheus, would as it were unlock and grow its final form?
b) Steve Messing sculpted the Giger-esque head room relief sculpture

Steve Messing sculpted an alter area for this set that attempted to pay homage to HR Giger, in the form of a relief sculpture hanging from the wall. It has an impression of a loosely Giger-esque alien form with flowing structures around it.

c.i) Messing's point of view about what's depicted in the relief

In Steve Messing's mind, film series most significant alien beast was a descendant of something known as the Ultramorph. (See Prometheus: Ultramorph )

In his mind, it was the pure form of this thing that the Engineers had created that was almost like a virus.

The Engineers culture centred a lot around sacrifice.

Once upon a time, there was an engineer that sacrifice himself with the virus as we see in the beginning of the film Alien, and then created this horrific creature, a being that was going to eradicate planets.

It was supposed to be a sort of a parasite that would destroy the planet, so that the Engineers could start over and rebirth the place.

The figure's relief represented something that they worshipped and so it was almost a religious sculpture.

As the virus became spread and as if it were polluted, supposedly the creature in the Alien series that has come to be referred to as the Xenomorph was an evolutionary descendant that was not as pure.

c.ii)  The ultramorph as a pure creature?

It sounds as if Steve Messing must have been having behind the scenes discussions about the alien creatures inspired by what Carlos Huante's ideas were for the Ultramorphs that he did for Ridley (See Prometheus: Ultramorph ) 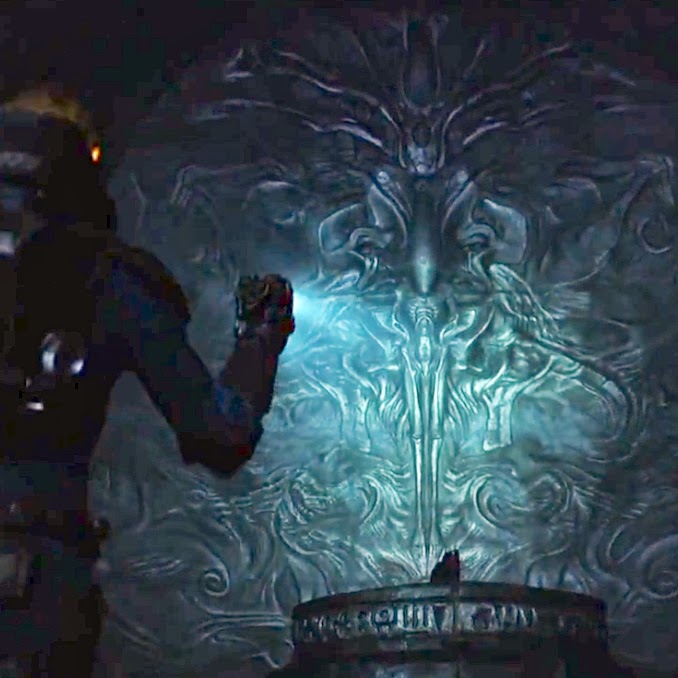 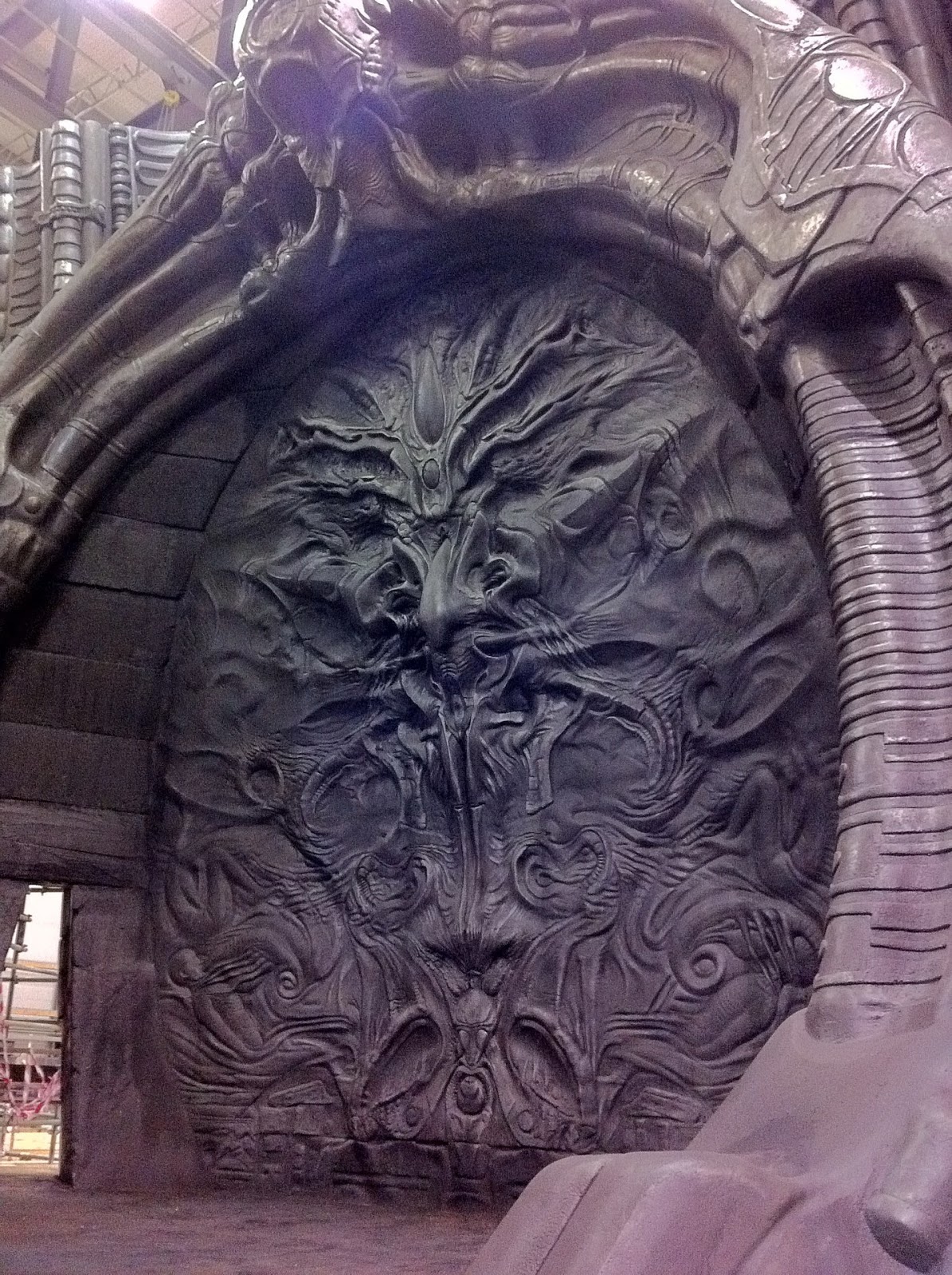 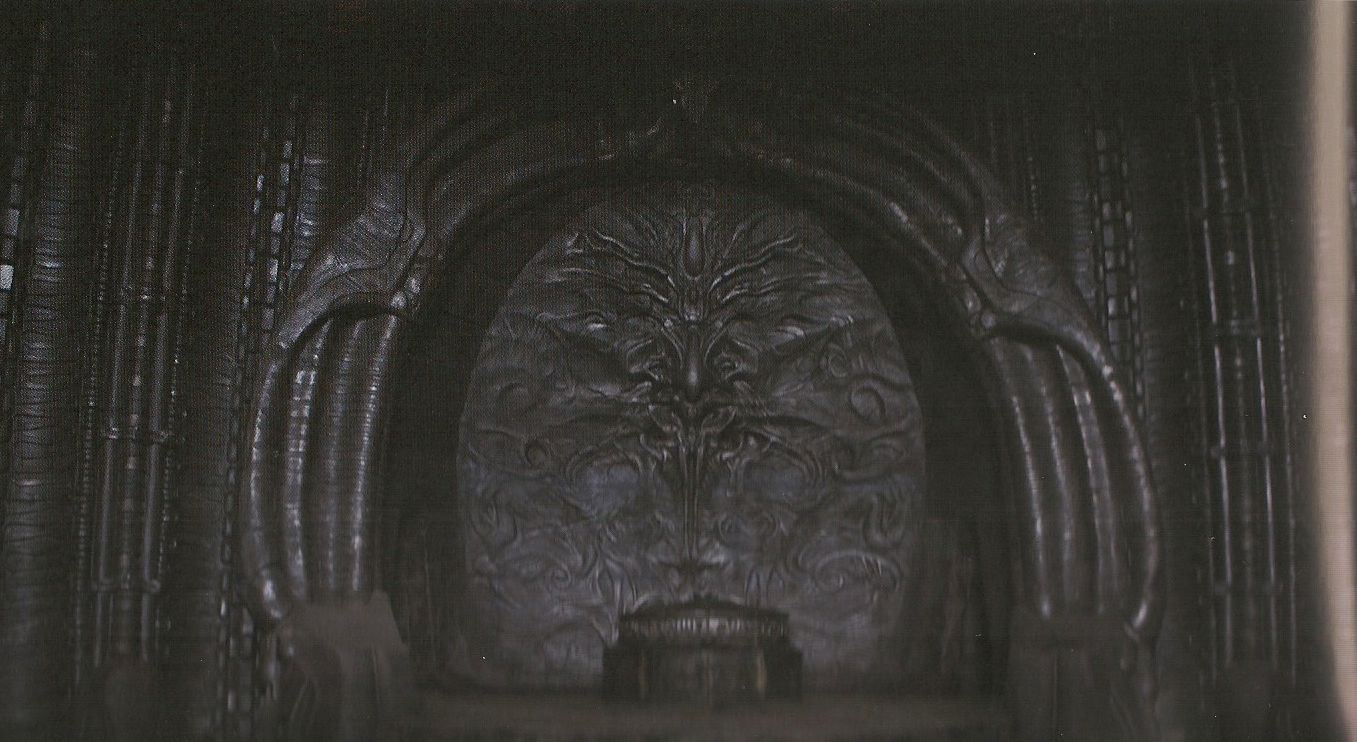 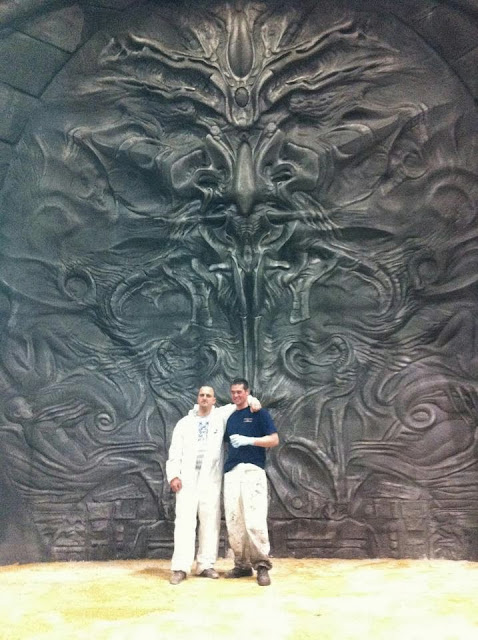 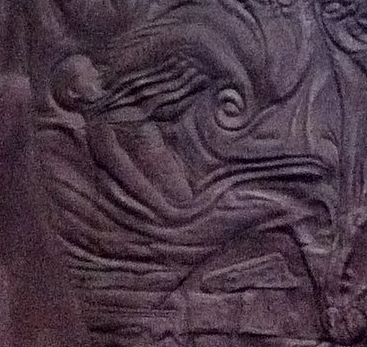 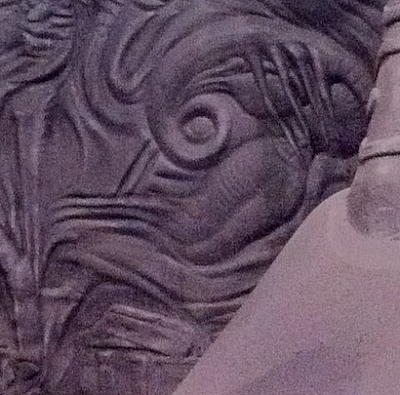 Also there's drawing from 2004 that could be found on the cover of a book Filmdämonen by H Hunka, exploring films and oddly this could well provide the basic structure of this relief
One can see comparitive forms, such as the point of the Deacon head, wing formations either side of it, and the eyes of the face can almost be seen in the relief but displaced and it divides as the bottom in a similar way.
The way that threads or ribbing lines appear through the Giger drawing also lend itself well to be merged with the homage to Melly.