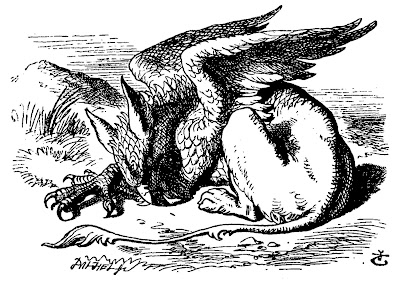 b)  References cone of Astarte in Horned Enclosure, Temple Court, Byblos, on Coin of Macrinus? 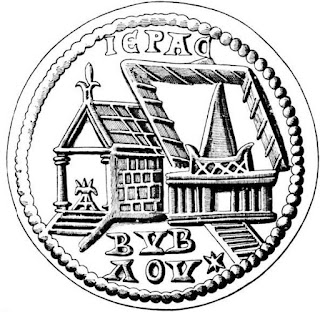 c) The two faces of an example of the actual coin 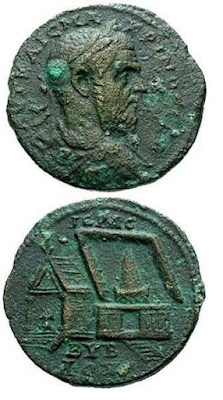 d) The illustration of the coin face above the sleeping griffin 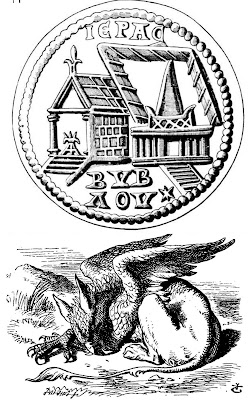 e) The right building becomes the hind of the Gryphon 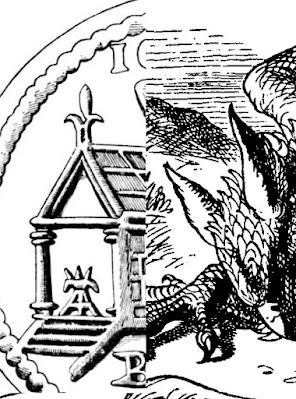 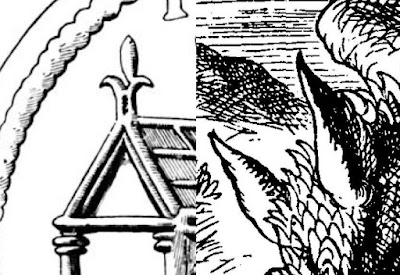 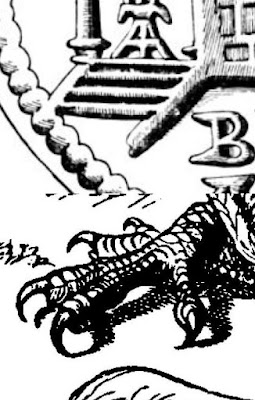 h) The enclosure surrounding the horn becomes a wing 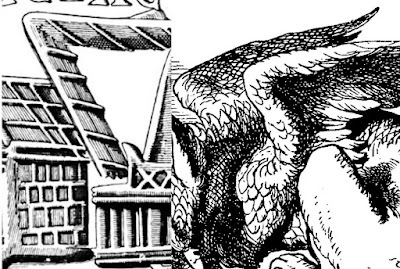