Map of Mars (compiled 1877-1886) Giovanni Schiaparelli Connects with one of the sides of the Kodiak Butte in Jezero crater on Mars?

leading from
Mysteries of Mars

a) The two images, one above the other as put together by Ron Gerbron https://www.theothersideofmidnight.com/20210508_andrew-rons-items/#Ron_items 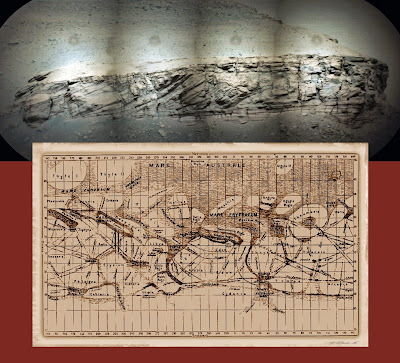 c.i) Detail showing oart relating to the curved area with names such as Resporia, Libya, Isidia Regio and Neith Regio, which I liken to the beast's head from John Tenniel's Gryphon's asleep. 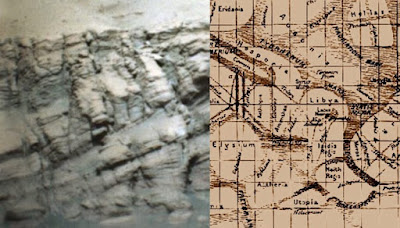 c.ii) Detail showing Part relating to the curved area which I liken to the beast's head from John Tenniel's 'Gryphon's asleep'. 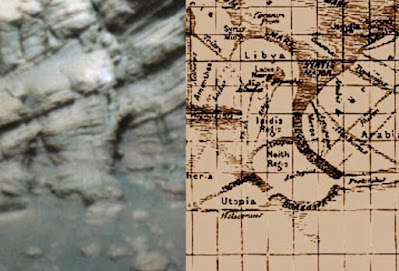 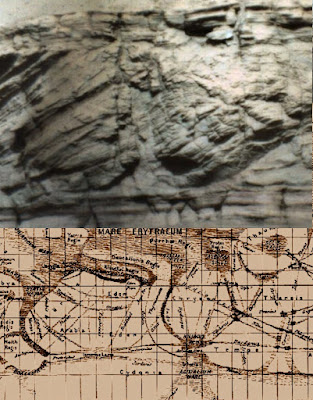 d.ii) Area to be compared to the curve labeled as the Indus between the areas Cydonia and Chryse 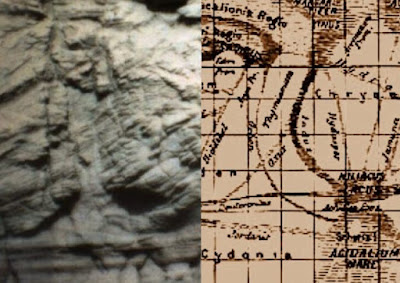 d.iii) The bend where Deucalionis Regio begins separating from Thymiamata would become what I would liken to a downward looking  slightyl deformed face on a head like form wearing a head dress, but it might take some effort for people to see that if they're afraid of 'Pareidolia'. I don't mean to say that there was one there but it can be experienced

d.iv) This the bulk of this area becomes Chrys, Xanthe, Lux and Albus, while the space in the lower right corner becomes Tempe 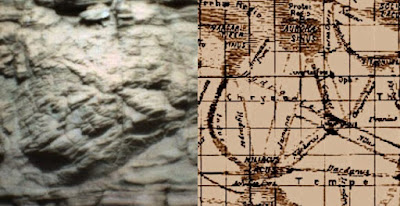 d.v) I admit that earlier I wanted to connect these two areas but I suddenly decided that only the left side from this image from the cliff became the area shown below.

If we compared these two:

This would become the areas labelled as Aeria, Arabia, Dioscura and Cydonia.

The area that looks like a head on top of windgs has no equivalent on the map but would be placed at the tip of Deucalionis Regio that stretches over like a snake,
But one might also loosely consider the area known as Yaonis Regio that sits on the top like a floating pear drop 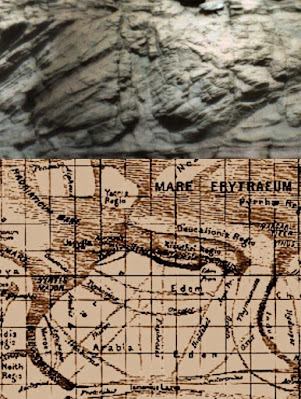