a) The Six Million Dollar Man: Day Of The Robot

In 1974, The Six Million Dollar man starring Lee Majors as a human cyborg came to the television and in an episode called "The Day of the Robot" (Series 1, Episodes 4, February 1974) looking as if it had been very much inspired by the Westworld movie, the concept of complete androids had been introduced to the TV series, androids that were disguised as humans, the original human would be kidnapped and the robot disguised as the kidnapped person would fill in his place.

In the episode a robot designed by Dr Chester Dolenz, then a scientist Major Frederik Sloan (played by John Saxton) is kidnapped and is replaced by an identical robot in order to steal missile secrets and this results in a fight between the robot and Steve Austin the bionic man results in the robot being destroyed when Steve Austin thrusts a girder through the robots chest. 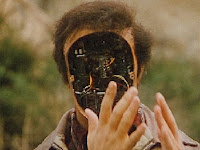 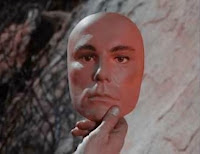 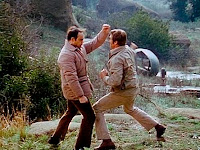 By the time they turned the character named Ash into a robot, the idea of a villainous robot designed to be disguised as a human being already had been fairly recently seen in the TV series, the Six Million Dollar Man (based on Martin Caiden's novel Cyborg), about an astronaut who has been turned into a cyborg after a space shuttle test flight crashed.

In the "Day of the Robot" and "Return of the Robot Maker" episodes of The Six Million Dollar Man, (Series 1, Episodes 4, February 1974 &  Series 2, Episode 15) features a humanoid robots designed by Dr Chester Dolenz, a scientist Major Frederik Sloan (played by John Saxton) is kidnapped and is replaced by an identical robot and in the following and Oscar Goldman (played by Richard Anderson) is kidnapped and also replaced with an identical robot. In the end fight the robot is decapitated by Steve Austin.

(See also Alien: The development of Ash Via The Six Million Dollar Man) 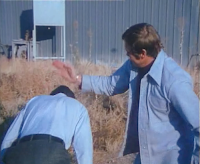 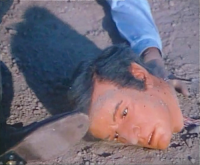 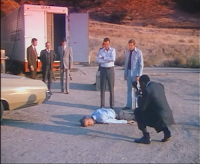 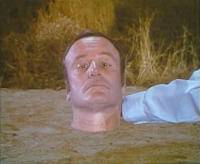