a) Kirby's Space Capsule configuration as an evolution of an earlier one he did?
Kirby drew a capsule for £3 of his 1975 comic Omac, but he used that general configuration for his space vehicle in The Eternals.

b) Space vehicle statue references Pakal Votan Tomb lid
This would have been a general starting point, inspired by Von Daniken's work, the relief on a Mayan Tomb Lid, thought by Eric Von Daniken to represent a extra-terrestrial king who flew a rocket 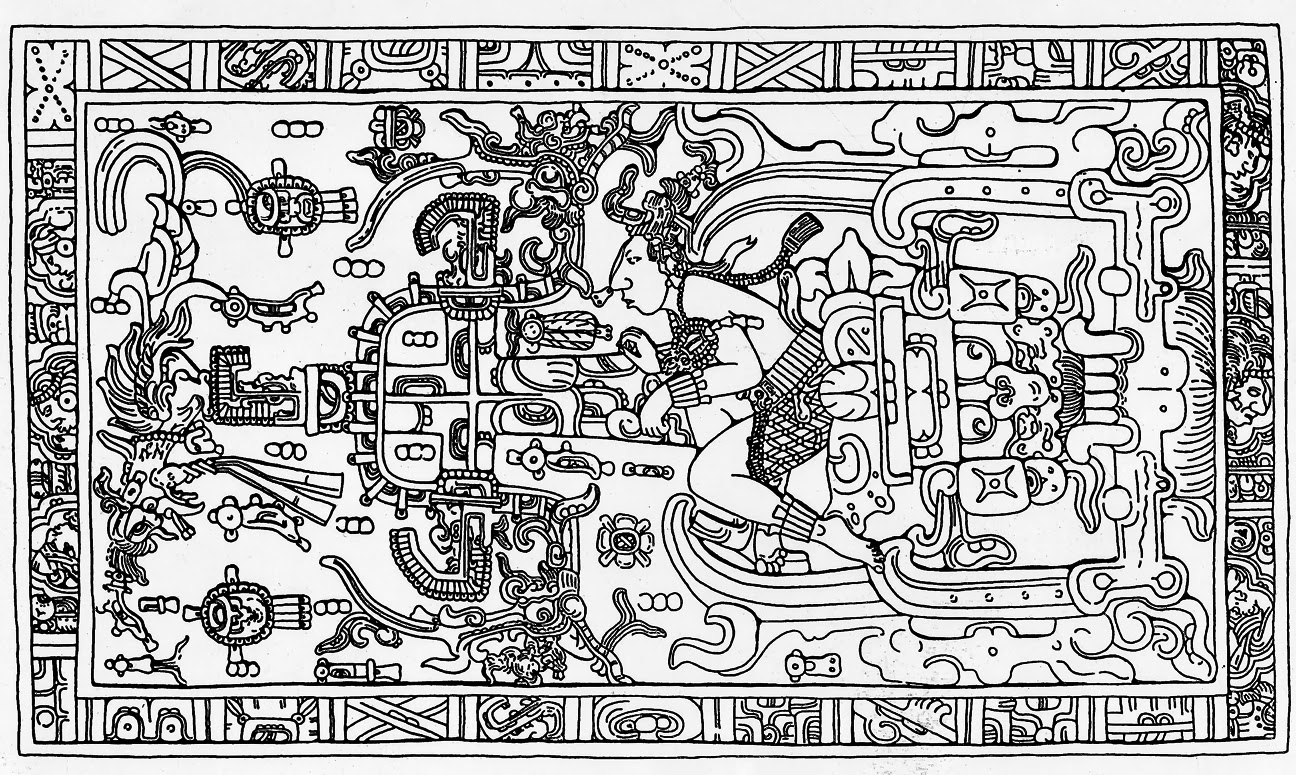 c) Referencing his 1957 comic book story  "The Great Stone Face"
However this presence of a huge giant statue in a spacecraft also goes back to his 1957 story of an ancient giant astronaut sitting at the controls of control room, in suspended animation with his heart beating once every thousand years. Which is quite incredible in the way the idea came back long before Von Daniken started writing his books of ideas about ancient astronauts
See:  "The Great Stone Face"

In Kirby's drawing, it becomes stretched to the general configuration of his rocket vehicle from Omac.

The mouth becomes filled with an object.

The ribbing on the nasal ridge becomes a ribbed fin above the canopy.