Leading from
Unlocking the design of the Space Jockey

a) Sofa in the Bone Room
In Tobe Hooper's movie Texas Chainsaw Massacre released in 1974, in the main house featured in the movie there in a place often referred to as the Bone Room which featured technological junk, feathers, a caged chicken, as well and ornaments and furnishings made from animal and human bones.

The camera creeps along the skeleton of a foot that leads up  to the arm rest of a very crude sofa made with bones, some of which are noticeably human, such as the human feet, the arms along the arms and a human skull fixed on top of the centre.

This film Dan O'Bannon introduced to Ridley Scott and it served as a major inspiration for the Alien film as it was being made.

b) Connection to the Space Jockey?
In Alien, we find a giant skeleton fused to it's seat that we know of as the Space Jockey. Directly or indirectly it seems that the presence of this chair has something to do with it 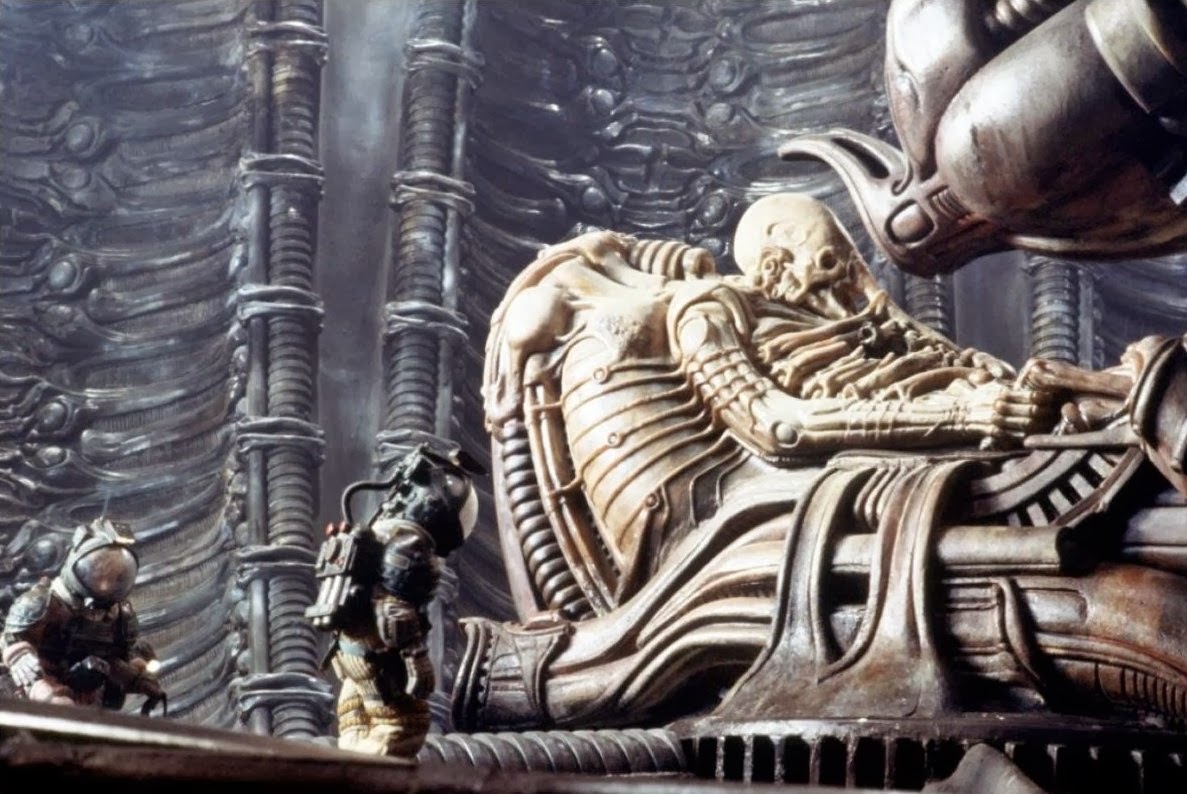 c)  Bob Burns
The piece of furniture was created by art director Bob Burns as seen below with an assortment of other bone furniture. 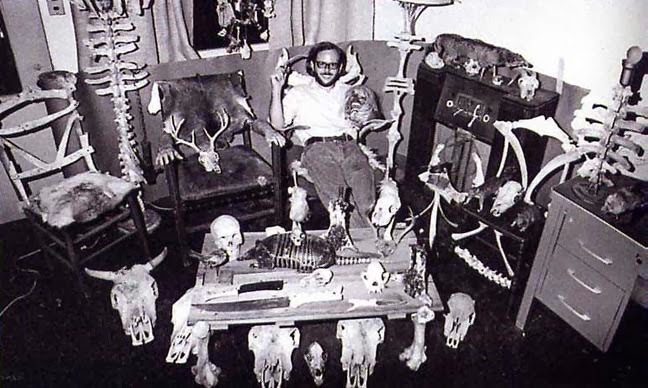