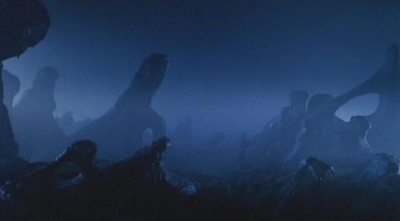 a) The Name of the planet
James Cameron named the unknown planetoid from Alien as "Acheron". Prevue stated in a question to him that Acheron was a name Dante used in his description of the Ninth Circle of Hell and also in an interview to be identified,  Cameron states that he believed that Acheron a feature in the ninth circle of Dante Alighieri's Hell. He thought that it might be the sort of thing that a colonist who had an interest in literature might have named the place.

b) Idea about the planet
James Cameron had the idea that the planetoid was a raw primal world constantly windswept with freezing rain, and unlike Earth except for certain familiarities such as clouds and mountains

c) Further thoughts about the name
The name Acheron came from one of the five rivers in Hades that were the tributeries of the river Styx from Greek mythology. Meanwhile Homer wrote that Acheron was described as a river of Hades, into which Cocytus and Phlegethon both flowed.  In James Cameron's mind, it was a frozen swamp