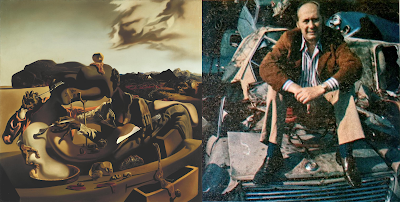 a) A photograph of JG Ballard from the Radio Times, advertising the BBC program Omnibus that was televised on the 13th December 1973. 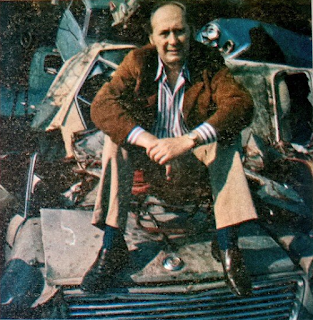 This certain photo of JG Ballard most probably referenced Salvador Dali's Autumnal Cannibalism, as a number of portrait photos from that magazine appear to reference various paintings. It suggests that the photographer had some of the car wrecks repositioned especially for the composition 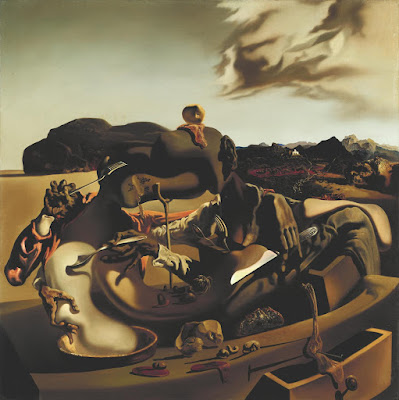 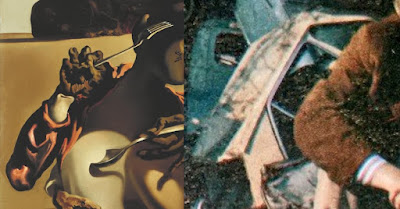 b.iv)  Slice of meat and stocking draped over the edge become JG Ballard's shoes. Side of cupboard becomes the front grill of the car. 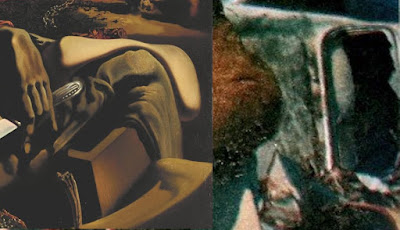