I thought about how some aspects of this painting matched up with elements of Giger's painting, but then looking at the fact that I saw how I had noticed a while back that he seemed to have referenced a Boney M photograph from the Radio Times, and so I think that he must have decided that the Tucan singers and their musician resembled the pop music band Boney M who were immensely popular in England when he was working on Alien. (See: References a photograph of the band Boney M in the Radio Times from 1978 ?) 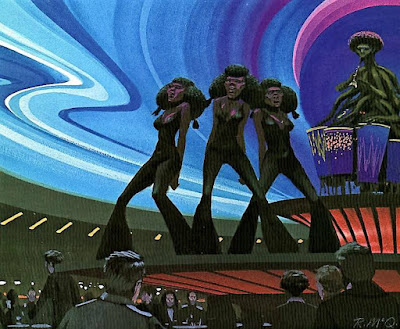 The general three singles together together translate as a shape that looks roughly like an inverted human heart and the space between the middle and right ones legs become the lobe like forms  with the far left with seems to become the bend in the large leg like structure on the left of the complete painting. 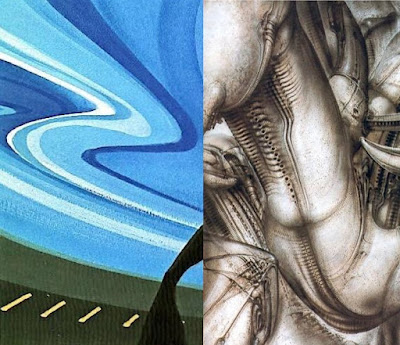 The dark blue area with purple bands around the top around the musician becomes an indescribable biological shape with horizontal piping running across it, and the drums becomes the part extending from beneath 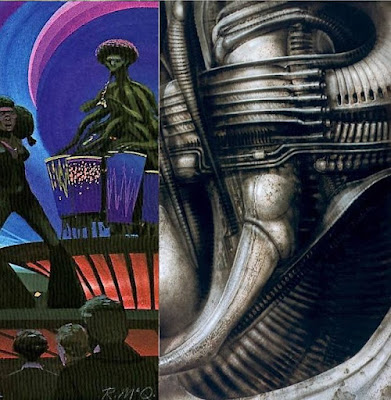