b) Photograph from the Radio Times advertising Seaside Special in 1978

Boney M were a famous band in England at the time, a Euro-Caribbean vocal group created by German record producer Frank Farian and originally based in Germany.

With the three elegant women who sang was a man who was an interesting dancer miming to the the male vocals (provided by the producer) in their performances and they became a house hold name.

So even if you were not interested in their records, you could watch them on television, hear them on the radio all the time and remember them. 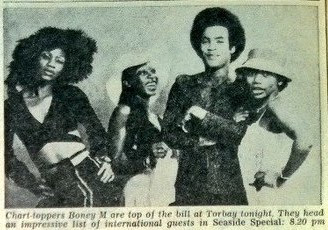 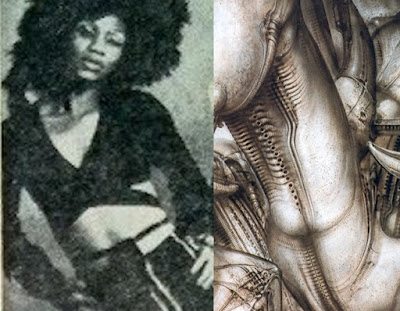 d) Meanwhile, her lower torso is next to the white dress of another female group member in the background and in Giger's painting they merge together to form another part of this indefinite limb 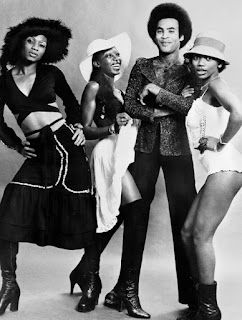